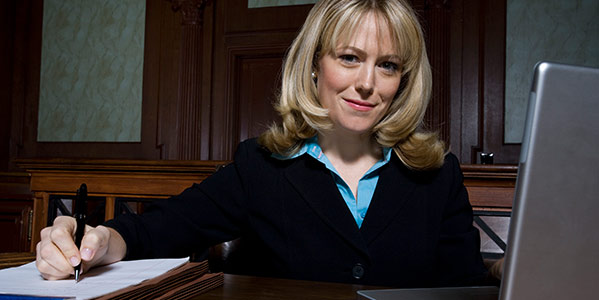 Executors of and estate, trustees of a trust, and guardians of incapacitated persons are all types of “fiduciaries.” Claims against fiduciaries fall into two broad categories: lawsuits by beneficiaries and lawsuits by third parties.

1) Actions by Beneficiaries against Fiduciaries

Fiduciary Misconduct On occasion, beneficiaries of an estate may take issue with the actions of a fiduciary and make claims based upon the fiduciary’s alleged breach of duty, self-dealing or negligence. Such claims arise not only in the administration of trusts or decedents’ estates, but also in cases involving conservatorships or guardianships. Claims are sometimes made that a fiduciary has committed fraud or other wrongdoing, resulting in loss to an estate or trust. In such cases, a court may surcharge the fiduciary for breach of fiduciary duty, and order the fiduciary to repay the estate or trust from personal assets. Attorneys with the Law Office of Donald D. Vanarelli represent beneficiaries bringing such claims, as well as fiduciaries defending against whim claims are made.

2) Actions by Third Parties Against Fiduciaries

Claims by third parties may arise in a number of ways: claims relating to a decedent’s conduct before death, for which the estate remains liable; claims based on contracts entered into by a fiduciary in his fiduciary capacity; and claims by creditors of the estate.

V. Abuse of a Power of Attorney

In some situations, the ownership of joint bank accounts will be in dispute upon the death of one owner. Under New Jersey law, there is a presumption that jointly titled accounts become the property of the survivor upon the death of the first owner. However, this presumption can be disproven upon sufficient evidence to the contrary. In other situations, one owner of joint funds might have improperly transferred funds out of the joint account. In such a case, a lawsuit can be brought for the recovery of the joint funds improperly taken.

Elder abuse includes any physical or psychological abuse of an elderly person, theft of an elderly person’s money or property, or the intentional or unintentional failure to provide care to an elderly person. The government estimates that 1.5 million elders suffer from abuse, while only 1 incident in 14 is reported. The average victim of abuse is a female, age 75 or older, with limited resources. Generally, the victim is widowed, frail and vulnerable because of mental or physical impairments, who resides with family. Sometimes the victim resides in an institution. The victim may have fewer alternatives to remove herself from the abusive situation because of her financial condition, health or age. Often, the abuser is the victim’s middle-aged child who is also the victim’s caregiver. The abuser may be the victim’s spouse or grandchild. An individual without close family may be exploited by a “friend.” If the individual resides in an institution, the abuser is often an employee of the facility, although another resident of the facility can also be the abuser.

Broadly defined by the federal government, there are three (3) basic categories of elder abuse: (A) domestic elder abuse; (B) institutional elder abuse; and (C) self-neglect or self-abuse. A. Domestic elder abuse refers to any mistreatment of an older person by someone who has a special relationship with the elder (e.g., a spouse, a sibling, an adult child, a friend, or caregiver.) The most prevalent form of abuse is by younger family members who are responsible for the care of their elderly relatives. B. Institutional elder abuse refers to abuse that occurs in residential facilities for older persons (e.g., nursing homes, foster homes, group homes, etc.). Perpetrators of institutional abuse usually are persons who have a legal or contractual obligation to provide elder victims with care and protection (e.g., paid caregivers, staff, and professionals) C. Self-neglect or self-abuse is an act, or failure to act, by the elderly person which is life-threatening or which can lead to serious injury. Examples include the refusal to eat or take medication, the refusal to visit the doctor as directed, and the refusal to bathe or follow other basic hygiene routines. Financial exploitation, a type of domestic elder abuse, is defined as the illegal or improper use of an elder’s assets. Examples include but are not limited to cashing an elderly person’s checks without authorization / permission; forging an older person’s signature; misusing or stealing an older person’s money or possessions; coercing or deceiving an older person into signing any documents (e.g., contracts or will); and the improper use of a conservatorship, guardianship, or power of attorney.

When a client is a victim of abuse, there are certain steps that can be taken to stop further abuse, such as obtaining an injunction, a restraining order, or an order removing or evicting the abuser from the victim’s home, or by filing a complaint against a facility or employee, or removing the victim from the facility. In cases where the victim is incapacitated, it may be necessary to petition the court for the appointment of a guardian, or to file a protective proceeding. In addition, the victim should consider filing criminal charges against the perpetrator of the exploitation. When the client is a victim of domestic violence, it may be possible to obtain a temporary restraining order or domestic violence injunction, or to commence a separate maintenance or divorce proceeding, depending upon the victim’s wishes. The attorneys at the Law Office of Donald D. Vanarelli have extensive litigation experience representing the victims of abuse, as well as defending against false claims of elder abuse.

For additional information regarding Will Contests, Probate Litigation and Elder Abuse Actions, call us at 908-232-7400 or click here to contact us online.

To schedule a consultation with The Law Office of Donald D. Vanarelli, call 908-232-7400 or click here to contact us online. As always, we look forward to hearing from you.