Co-counsel in Galletta v. Velez, in which a New Jersey federal judge ruled that VA pension benefits may not be counted as income under Medicaid

Co-counsel in Galletta v. Velez, in which a NJ federal judge ruled that Medicaid may not count VA pension benefits as income 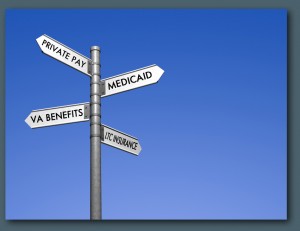 In a significant victory for Medicaid applicants and recipients in New Jersey who receive pension benefits from the Department of Veterans Affairs (“DVA”), a federal district judge in New Jersey ruled that a DVA pension benefit may not be counted as income when applying for any Medicaid program to the extent that the DVA benefit results from “unusual medical expenses.” Galletta v. Velez, Civil No. 13-532 (D.N.J. June 3, 2014)

Plaintiff, a 93 year old resident of an assisted living facility, applied for Medicaid benefits under the Global Options for Long Term Care program (the “GO” program) operated by the NJ Department of Human Services (“DHS”). The application filed by plaintiff was denied because local county welfare agency concluded that her monthly income exceeded the GO program’s maximum income limit. Specifically, the agency included as “countable income” benefits of $696.00 per month that plaintiff received from the Veterans Administration Improved Pension program (the “VAIP”). The VAIP is administered by the DVA. If the VAIP benefits were excluded as “countable income,” plaintiff’s income would be below the GO program income limit, and she would have been eligible for Medicaid.

Due to the denial of Medicaid benefits, the monthly amount being paid to the assisted living facility by plaintiff did not cover her assisted living costs in full. As a result, the facility issued a notice indicating that plaintiff would be evicted in 30 days if the outstanding balance was not paid.

Plaintiff filed a petition in federal district court for a preliminary injunction seeking emergency relief to prevent her eviction against the State and local Medicaid agencies. In the petition, plaintiff indicated that she would be evicted from her assisted living facility if she was not granted eligibility under the GO program. The Court held a hearing on the application, and converted the injunction application into a motion for summary judgment. Defendants filed a motion to dismiss.

The federal court found, based on federal and state regulations, that a VAIP pension “resulting from unusual medical expenses” may not be counted as income for Medicaid purposes. The court then analyzed the basis for the plaintiff’s VAIP award as set forth in the DVA’s award letter and determined that plaintiff was eligible for VAIP pension benefits only because of unusual medical expenses. As a result, the court held the entire VAIP benefit was not “countable income” in determining Medicaid eligibility under the GO program.
The Court recognized, and rejected, defendants’ argument that they properly excluded the portion of plaintiff’s VAIP award that the DVA characterized as attributable to “aid and attendance” from countable income, but correctly counted the remainder of the VAIP award as income:

Rather than questioning whether Plaintiff has demonstrated that she would not receive a VAIP award if not for [unreimbursed medical expenses, defendants’] position appears to be based entirely upon the premise that whenever the DVA classifies benefits paid as “aid and attendance,” it does not count as income, and whenever it is classified otherwise, it does count as income. Defendants have not cited anything in support of this black-and-white approach, yet they posit it throughout their brief as if it is indisputably true. … The Court finds that this dispute … turns on whether payments result from [unreimbursed medical expenses], not whether they should be classified as “aid and attendance” or not… Here, the factual record indicates that Plaintiff receives her entire VAIP award only because of her [unreimbursed medical expenses]. … The issue … is whether [defendants] may count all VAIP benefits as income unless it is explicitly described as “aid and attendance.” The Court finds that under the language of the applicable statutes and regulations, they may not.

As a result of its ruling, the Court ordered the defendants to re-determine plaintiff’s eligibility for the GO program, and to exclude the entire amount of plaintiff’s VAIP benefit in the calculation of her countable income.