Legal Protections Against the Involuntary Discharge of Nursing Home Residents for Non-Payment.

Pursuant to N.J.A.C. 10:63-1.10(e), there are only four reasons under New Jersey law which can justify the involuntary discharge of a resident. The first is if the discharge is required by medical necessity. The second is if the discharge is necessary to protect the physical welfare or safety of the resident, or of other residents. The third is if the resident has failed, after notice, to pay the nursing home from his or her available income. The fourth is if the nursing home is required to do so by the New Jersey State Department of Health due to licensure action or if the nursing home has been suspended or terminated as a Medicaid provider.

Nursing homes attempt to justify discharges for non-payment based upon the third reason set forth above, i.e., failure to pay the nursing home bill after notice. However, discharges for non-payment are rarely legally justified under that rationale because, under state law, once a Medicaid applicant has provided all of his or her income to the nursing home, the proposed involuntary discharge is barred even if the nursing home fees are not paid in full. N.J.A.C. 10:63-1.10(e). For example, if a nursing home resident who receives only Social Security retirement benefits and is awaiting a Medicaid eligibility determination pays all of his or her income to the nursing home, the resident cannot be discharged even if the majority of the monthly nursing home bill remains unpaid. N.J.A.C. 10:63-1.10(e). Courts and hearing officials in many jurisdictions have so held. In that regard, in In re R.S., California Transfer/Discharge Appeal No. 97-0348 (Mar. 4, 1996), a hearing officer denied an involuntary transfer even though the resident owed over $23,000 and had filed her appeal of a Medicaid denial just one day prior to the transfer/discharge hearing. The hearing officer noted that the issue of non-payment could not be determined until the Medicaid program had made its ultimate decision. Similarly, in In re G.A., Indiana Transfer/Discharge Appeal No. IVT 92-22 (June 18, 1992), an Indiana hearing officer denied a proposed transfer upon a finding that “[a]ll appeals to obtain Medicaid for the period of non-payment have not been completed.” 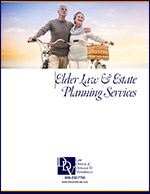 The involuntary transfer of a Medicaid recipient, including “an individual who had entered the facility as non-Medicaid and is awaiting resolution of Medicaid eligibility,” N.J.A.C. 10:63-1.10(d), is permitted only “when adequate alternative placement . . . is available.” N.J.A.C. 10:63-1.10(e). In order to determine whether “adequate alternative placement” is available, a facility must prepare a discharge plan before involuntarily discharging a resident, as required in 42 C.F.R. § 483.12(a)(7) and N.J.A.C.10:63-1.10(h). The discharge plan must take the resident’s medical needs into account. Further, any discharge plan must include “involvement of the recipient, family or authorized representative in the placement process with recognition of their choices”, as required by N.J.A.C. 10:63-1.10(h)(2)(iii). In addition, the Nursing Home Reform Act requires that a nursing facility “must provide sufficient preparation and orientation to residents to ensure safe and orderly transfer or discharge from the facility.” 42 U.S.C. § § 1395I-3(c)(2)(C), 1396r(c)(2)(C); 42 C.F.R. § 483.12(a)(7). Courts and hearing officers have denied proposed involuntary discharges when the facility failed to prepare an adequate care plan. In re C.L., California Transfer/Discharge Appeal No. 95-0096 (Apr. 12, 1994)).

Of course, nursing homes sometimes ignore their responsibilities under state law. In that event, the nursing home resident or his or her family members must seek relief in the New Jersey Superior Court to restrain the nursing home from initiating an illegal discharge.

Federal and State Safeguards Against the Involuntary Discharge or Transfer of a Nursing Home Resident based upon a Claim by the Nursing Home that the Resident is a Danger to Himself or Others.

The federal Nursing Home Reform Act (NHRA) limits a facility’s ability to transfer or discharge a resident against his or her will. Under the NHRA, a nursing facility can conduct an involuntary transfer or discharge in only six circumstances. One of the permitted circumstances occurs when a nursing facility claims that a resident is a danger to himself or others.

A facility is not permitted under law to ignore a resident’s psychological or other needs and then address inevitably resulting behavioral problems by simply discharging the resident. Instead, the facility “must provide the services necessary for a resident to attain or maintain the highest practicable level of functioning… If …a resident’s assessment reveals difficulty with mental or psychosocial adjustment, the facility must ensure that he receives the treatment necessary to correct the assessed problem.” E. Carlson, Long-Term Care Advocacy § 2.15 (Matthew Bender & Co., Inc. 2001) (citations omitted). Simply stated, it is clear that “[a] nursing facility has an expansive obligation to treat or ameliorate any behavioral problems presented by residents.” Id..

It is not uncommon for the elderly to act out feelings of depression and isolation in a nursing facility setting. However, a nursing facility must address a resident’s behavioral problems through medication, counseling and/or behavior modification, and exhaust those options first, before seeking to discharge the resident. See, In re J.C., supra, California Transfer/Discharge Appeal No. 02-0042 (Aug. 3, 1993).

Thus, if the resident’s behavior does not rise to the level of a genuine threat to the welfare or safety of others, and the facility has failed to exhaust available avenues to treat his or her behavioral problems, the facility cannot prove that the threatened discharge of the resident is warranted.

Nursing home negligence, abuse and neglect occurs when a care facility causes injury to a resident because of improper care. Nursing home negligence typically includes the failure to provide basic necessities, failure to protect the resident from health and safety hazards or failure to provide appropriate care. Negligence can result in injuries such as falls, broken hips, bed sores, malnutrition, dehydration, improper wound care and other injuries, which may result in severe medical complications and even death.

Physical abuse includes unexplained injuries such as bruises, fractures, open wounds, sprains, dislocations, unexplained internal bleeding, and the like. Improper medical care can result in bedsores, concussions, strokes, and other injuries. Medication, both over-and under-dosing, can also be considered physical abuse. Any kind of hitting, slapping, kicking or similar mistreatment is considered to be physical abuse as well.

Verbal, mental, and emotional abuse include all acts which inflict anguish, pain, or distress through verbal or non-verbal acts. Psychological abuse includes but is not limited to verbal assaults, threats, insults, intimidation, humiliation and harassment. Signs and symptoms of emotional abuse can include being emotionally upset or agitated, or regressive behavior such as sucking, biting, or rocking. The victim may also become withdrawn, non-communicative or non-responsive.

Financial exploitation is defined as the illegal or improper use of an elderly person’s funds, property or assets. This includes cashing an elderly person’s checks without permission, forging a signature, misusing or stealing another person’s money or possessions, coercing or deceiving an older person into signing documents, the improper use of the power of conservatorship, guardianship, or power of attorney, and similar improper acts. Signs of financial irregularities may include sudden changes in bank account or banking practices; abrupt changes in a will or other financial documents, the unexplained disappearance of funds or valuable possessions, unpaid bills despite adequate funds, the provision of unnecessary services, the discovery of forged signatures, a lack of care despite the availability of resources, or an elder’s report of financial exploitation.

Nursing home negligence, abuse and neglect appear to be on the rise as the number of nursing home residents steadily increase due to our rapidly aging population. When your loved one has been the victim of nursing home negligence, abuse and neglect, the team of attorneys and other specialists at Vanarelli & Li, LLC can advise you of your loved one’s legal rights, tell you what remedies might be available, and discuss the appropriate actions to take. We have successfully litigated nursing home cases in state courts and in administrative agencies.

For additional information regarding Nursing Home Law and Litigation, call us at 908-232-7400 or click here to contact us online.