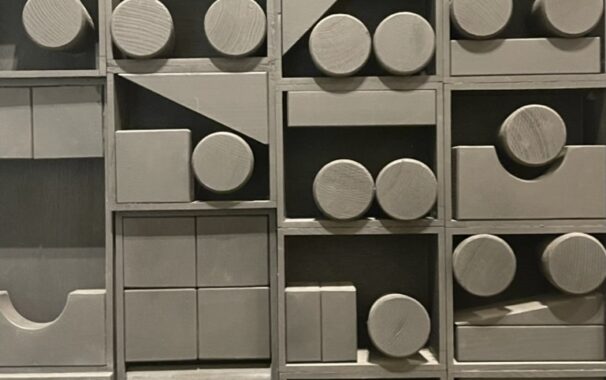 In this case, an administrative law judge held that a Medicaid applicant’s transfer of her home to her adult child who lived with and cared for her for many years was entitled to Medicaid benefits under the “caretaker child” exemption to the transfer of assets rules even though the child worked part-time outside the home. R.M. v. Monmouth County Board of Social Services, OAL DKT. NO. HMA 10486-20 (September 28, 2022)

For more than fifty years, petitioner, R.M., resided in a home she owned in Middletown, New Jersey, with her son, P.M.

Sometime after the petitioner entered the nursing facility, her son, P.M., and her daughter, R.K, applied for legal guardianship for the petitioner. In support of the guardianship application, applicants submitted doctors’ reports. The report from Dr. Chinnici stated that the petitioner suffered from severe dementia, could not perform any of the activities of daily living (ADLs), and requires the immediate appointment of a guardian. In a later report, Dr. Chinnici noted that R.M. had “age related dementia that has been present for at least five years prior to [her] admission” for treatment in November 2019. Dr. Chinnici concluded that R.M. “would have required assistance with her activities of daily living for several years prior to the date of my examination” due to her “severe senile dementia.” Similarly, a report by Dr. Mark David Pass found that R.M. suffered from “advance cognitive impairments” and “requires assistance twenty-four hours a day.” Dr. Pass concluded that R.M. required a guardian to be appointed because R.M. was “unfit and unable to govern herself.”

As a result, P.M. and R.K. were appointed as R.M.’s legal guardians.

On March 31, 2020, the guardians applied for Medicaid benefits for R.M. through the Monmouth County Board of Social Services (MCBSS).

On October 5, 2020, MCBSS approved petitioner’s Medicaid application but imposed an ineligibility period of 849 days for Medicaid benefits due to a transfer penalty being applied to transactions totaling $303,820.96, consisting of transfers of $18,730.12 in gifts to family members and the transfer of the R.M.’s residence valued at $285,090.84 to P.M.

(d) [A]n individual shall not be ineligible for an institutional level of care because of the transfer of his or her equity interest in a home which serves (or served immediately prior to entry into institutional care) as the individual’s principal place of residence and the title to the home was transferred to: …

The appeal was transferred to the Office of Administrative Law for determination as a contested case. The matter was tried before an administrative law judge (ALJ) on September 7, 2022.

The ALJ made the following findings of fact:

P.M. lived with his mother in her home for most of his life, until R.M. entered a nursing facility in December 2019. In the two-year period before R.M. entered a nursing facility, P.M. provided regular care to his mother, including managing her medications to ensure she took her required medications, doing all of her shopping, making her meals, doing her laundry, assisting her in toileting, regularly changing her clothes including her Depends 3 undergarments when soiled, changing bed sheets when they get soiled—which would often happen multiple times a day. R.M. needed assistance to shower, requiring P.M. to help undress her, hold her up in the shower, dry her off, and dress her.

During this time, P.M. worked at a local grocery store four nights per week. While R.M. would sleep during the time P.M. was working, by mid-2018, she began to wander about the house when left home alone. To address this behavior, P.M. had cameras installed in the home that were connected to his cellular phone which enabled him to monitor R.M.’s activities even while he was at work.

John Swidrick, Sr., M.D., was a treating physician for the petitioner since 1995. Dr. Swidrick credibly testified that R.M. suffered from vascular dementia, which started in 2006, but was becoming progressively worse over time. R.M. suffered a blood clot in her brain in 2006, which caused some temporary neurological deficits. Although those temporary deficits recovered, R.M. continued to suffer from vascular deterioration in her brain resulting in continuing brain damage. R.M. began to show signs of decline since 2016, requiring regular assistance for everyday tasks such as cooking, personal hygiene, maintaining her finances, managing her medications, etc. By December 2017, R.M. required hands-on assistance with toileting, bathing, continence, transferring and other daily tasks. R.M.’s deterioration was further accelerated by a fall in 2019, where R.M. suffered a head trauma. R.M.’s care was being provided to her at home by her son, P.M. Dr. Swidrick did not believe it would have been possible for R.M. to have lived outside a care facility without the additional assistance provided to her by her son during this period. Dr. Swidrick’s testimony and diagnosis of the petitioner was further supported by other medical reports submitted by the petitioner

The ALJ ruled in favor of petitioner, reversing the transfer penalty imposed for the transfer of the home to P.M. The ALJ held as follows:

There is no factual dispute that P.M. was R.M.’s child, and that he lived in the residence which is the subject of the transfer for at least two years immediately preceding R.M.’s institutionalization in December 2019. The uncontested medical testimony and documentation in this matter show that R.M. suffered from severe dementia, hypertension, macular degeneration 4 , pulmonary disease, recurrent falls, and other ailments during this period and required special assistance and care in her daily living. Although P.M. worked part time outside of the home during this time, this part-time employment does not disqualify him from eligibility for the exemption. … Accordingly, I CONCLUDE that the petitioner has met her burden of proof to demonstrate that the May 7, 2020, transfer of the Residence to P.M. qualifies for thecaregiver exemption detailed in N.J.A.C. 10:71-4.10(d)(4).