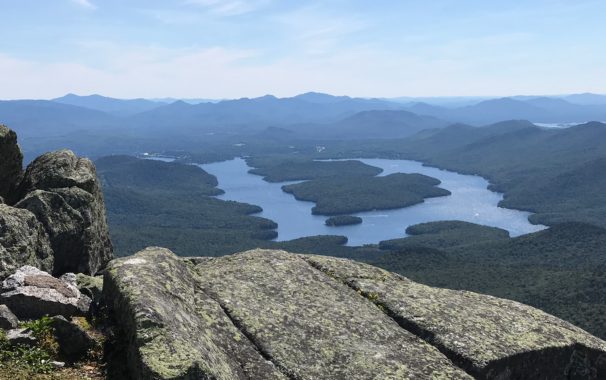 A.F. was diagnosed with Alzheimer’s disease and osteoarthritis in 2007. She also had difficulty walking. Her husband, T.F., was in failing health, with Parkinson’s disease and COPD, and had other mobility issues.  Beginning in 2012, T.F. could not care for A.F. due to his own health problems. T.F. died of lung cancer in 2015.

J.F., son of petitioner A.F. and her husband T.F., moved into his parents’ home in 2007 to assist them as their health failed. After his father died, J.F. continued to reside in the home to assist his mother. J.F. helped A.F. with all activities of daily living, including bathing and toileting. He took her to all her doctor’s appointments, did all the cooking and cleaning and took care of all home maintenance.

A.F. was admitted to the nursing home in 2015. Prior to admission, A.F. transferred her home to her son J.F. A.F. then applied for Medicaid, and asserted that A.F. was a “caregiver child,” and the transfer was exempt under Medicaid’s “caregiver child” exception to the rules prohibiting any transfers of assets within five years of the Medicaid application date. The local Medicaid agency, the Burlington County Board of Social Services, disagreed and imposed a penalty for the transfer of the home. Burlington County alleged that J.F. did not provide the requisite level of care because he worked from home, and that A.F.’s husband, T.F., not her son, J.F., was A.F.’s actual care-giver.

A.F. appealed, filing a request for a Fair Hearing. Before the Fair Hearing was held, however, A.F. filed a complaint in federal district court. In her complaint, A.F. alleged that, rather than review the actual care J.F. provided to A.F., Burlington County applied a county-wide policy that employment on the part of a caregiver child was a per se bar to application of Medicaid’s “caregiver child” exception. After the county admitted that there had been a “caregiver child” policy as described which was applied in this case, but that the county would not rely on the policy in the future, the federal judge dismissed the federal lawsuit. Fisher v. Connelly, No. 1:16-cv-00720 (D.N.J.)

After the federal court lawsuit was dismissed, the Fair Hearing was held. At the Fair Hearing, the county continued to claim that A.F.’s husband, T.F., not her son, J.F., was A.F.’s actual care-giver. In opposition, A.F. presented the testimony of a psychiatrist, and numerous medical records for both parents, A.F. and T.F. The administrative law judge (ALJ) appreciated that both A.F. and T.F. needed skilled nursing care, and neither one could have cared for the other. Therefore, the ALJ reversed the agency determination, finding that J.F. was a “caregiver child” under the Medicaid rules and that the house transfer was exempt:

Petitioner’s son, J.F., epitomizes the dutiful, caring, loving son who gave up all his free time to take care of his mother as well as his father, both of whom were unable to care for themselves. J.F. was sincere and credible in his testimony and earnestly spoke of the failing health of both his mother and father and his quest to keep them in their home for as long as possible. This is the type of care that exemplifies the reason the caregiver exemption was drafted…. I CONCLUDE that J.F. was indeed providing the petitioner with nursing home level of care from June 2012 to June 2015, when he could no longer care for her in the home. … I CONCLUDE that the caregiver’s exemption set forth in N.J.A.C. 10:71-4.10(d) should be granted.

The Director of the Division of Medical Assistance and Health Services, the State’s Medicaid agency sustained the ALJ’s decision, and issued a Final Agency Decision granting the “caregiver child exemption.

The initial decision by the Administrative Law Judge is attached here – A.F. v. Burlington County Board of Social Services

(Congratulations to my colleague, Jane M. Fearn-Zimmer, Esq., of the law firm of Flaster Greenberg, PC, who represented A.F. in federal court and at the Fair Hearing.)