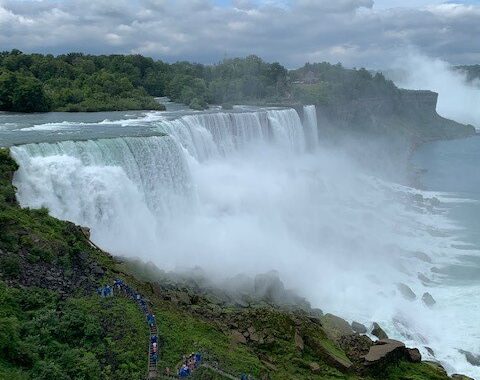 G.S. is a 24 year-old woman diagnosed with bipolar disorder, post-traumatic stress disorder and depression. G.S. took medication for her mental health issues, attended therapy, and lived in a group home for people diagnosed with mental illness.

In 2015, G.S. applied for and was granted Medicaid benefits under the Affordable Care Act (ACA). G.S. did not include in her application that she suffered from mental health disabilities.

In March 2016, G.S. obtained a part-time job at the Hunterdon Medical Center. She was promoted to full-time status later in 2016.

In July 2016, the agency sent G.S. its eligibility redetermination form by mail. G.S. testified that she did not recall receiving the form, and never returned it. The purpose of the form was to confirm that the recipient remained eligible for ACA Medicaid benefits. In 2017, the agency admitted that it failed to send G.S. the annual redetermination form, nor did it take any other steps to determine G.S.’s eligibility.

In April 2018, the agency performed an “administrative renewal” of G.S.’s ACA Medicaid eligibility and discovered G.S.’s medical center job. As a result, the agency determined that G.S. no longer qualified for ACA Medicaid and, due to unreported employment income, G.S. did not qualify for ACA Medicaid benefits in 2017 and part of 2018.

The agency terminated G.S. from the Medicaid program and sought the recovery of $25,692.35 in benefits it paid to her during the time she had unreported income. After terminating G.S. from ACA Medicaid, the agency eventually determined G.S. eligible for another Medicaid program, called Medicaid Workability, in June 2018.

G.S. appealed, requesting a hearing before an administrative law judge (ALJ). After the hearing, the ALJ recommended waiving collection of the overpayment, finding that G.S.’s mental health disability, her lack of intent to commit fraud, the agency’s failure to perform a timely redetermination of eligibility, and her eligibility for Medicaid Workability, taken together, supported an exercise of the Commissioner’s discretion under statute to waive collection of the overpayment.

The ALJ’s decision was then reviewed by the Director of the state Medicaid agency. The Director issued a final decision rejecting the ALJ’s decision on two grounds: (1) she found it “implausible” that G.S. would not know that she was required to report her income; and (2) she found that since G.S. was not determined disabled until July 2018, there could be no finding by the ALJ that G.S. would have received Workability benefits before that.

G.S. again appealed, seeking a review of the Director’s decision by the Superior Court of New jersey, Appellate Division.

The Appellate Division rejected the Director’s decision, holding that, in rejecting the ALJ’s decision, the Director “did not state clearly the reasons for doing so. She did not review the record and conclude that the ALJ’s credibility and fact finding was arbitrary, capricious, or unreasonable…. [S]he did not find that the ALJ’s findings were unsupported by sufficient, competent, or credible evidence in the record. Lastly, the Director failed to make new or modified findings supported by competent evidence in the record in her final decision. These steps are mandated by the Administrative Procedure Act.”

The appeals court went on to summarize the basis for its decision as follows:

The Appellate Division reversed, and remanded the case back to the state Medicaid Director for another review of the ALJ’s decision under the appropriate standard as set forth by the appeals court as summarized above.