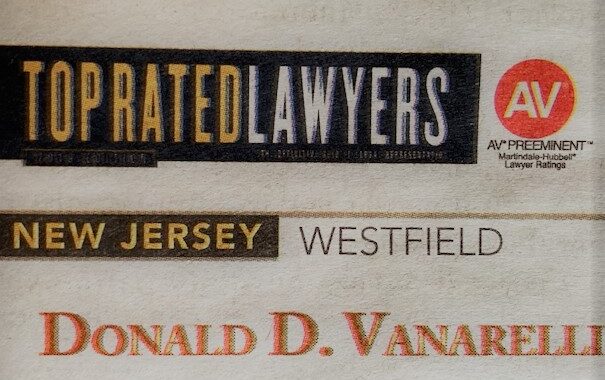 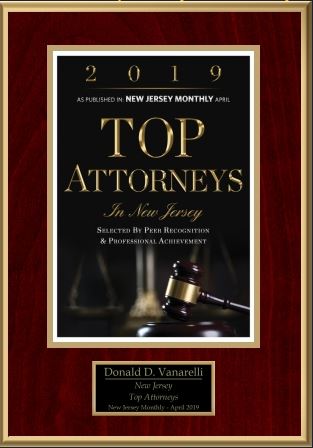 Mr. Vanarelli, and the other attorneys featured in the list of Top Rated NJ Lawyers, have all achieved the peer reviewed rating of “AV Preeminent” by Martindale-Hubbell, an independent service which has rated attorneys nationwide for more than a century. An “AV Preeminent” rating is the highest available, and is a significant accomplishment.  The AV Preeminent rating signifies that Don has been recognized by judges and fellow attorneys as having achieved the highest level of professional excellence.

The “AV Preeminent” rating is awarded to fewer than 5% of all lawyers in the US. An “AV Preeminent” rating means that the lawyer has reached the highest levels of ethical standards and professional excellence. The lawyer is recognized by his or her peers as having achieved preeminent legal ability, characterized by adherence to professional standards of conduct and ethics, reliability, diligence and other criteria relevant to the discharge of professional responsibilities.

The AV Preeminent rating is a nationally-recognized acknowledgment of Don’s professional accomplishments and skills as an attorney, and places him among the elite practitioners in the country. 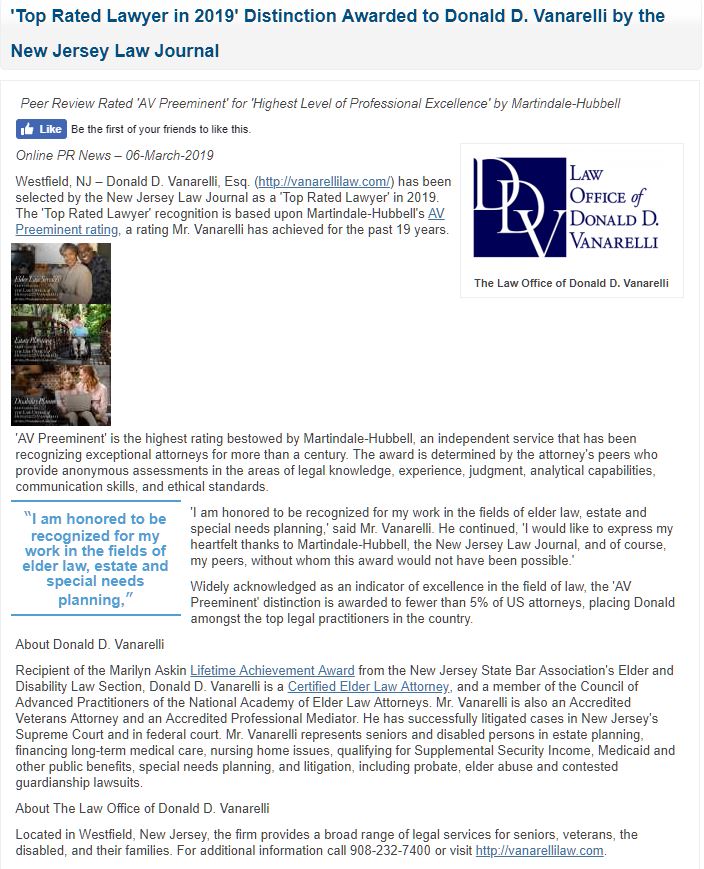