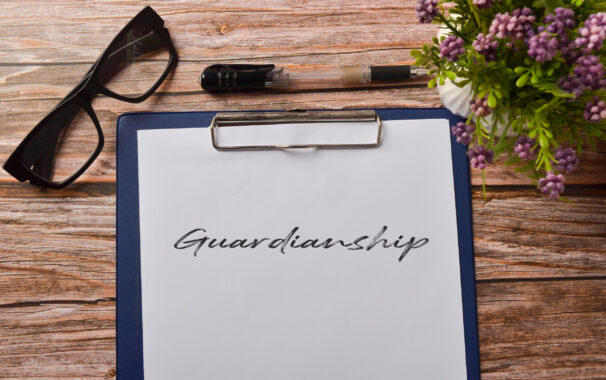 In this case, the New Jersey Superior Court, Appellate Division, (1) restricted a guardian’s ability to make gifts to those individuals expressly named as residuary beneficiaries of the ward’s Last Will and Testament; (2) limited the amount of gifts to $14,000 per person each year pursuant to a power of attorney which the ward executed before she was declared legally incapacitated; and (3) required repayment of any gifts made to the residuary beneficiaries of the ward’s Will in excess of the $14,000 gift limit established in the power of attorney. In the Matter of Hourihan, Appellate Division, Docket No. A-1289-18T4 (App. Div., August 27, 2020)

In 2006, Kathleen Hourihan signed a power of attorney appointing her niece, Marianne Phillips, as her Attorney-in-Fact. The power of attorney permitted plaintiff to make gifts to the “natural objects of [Hourihan’s] bounty,” so long as “the total gifts to any one individual in any one calendar year [do not] exceed the federal gift tax annual exclusion in effect at the time of such gift[.]” Thereafter, in 2008, Hourihan executed a Last Will and Testament (Will) naming her nieces, Marianne Phillips and her sister Kathleen Gunyan, and Elizabeth Daly, a sister-in-law of the nieces, as residuary beneficiaries of her estate in equal shares. Phillips and Gunyan were designated co-executors of her estate. At that time, Hourihan’s estate was valued at approximately $3,000,000, and her annual income exceeded her living expenses.

Years later, when she was seventy-nine years old, Hourihan was diagnosed with Alzheimer’s, psychosis, depression, mood disorder, and coronary heart disease. She resided at an assisted-living facility; she never married and had no children.

In 2013, the Superior Court of New Jersey, Chancery Division, General Equity Part entered an Order declaring Hourihan to be an incapacitated person and appointed her nieces, Phillips and Gunyan, as co-guardians of her estate. The court ordered Phillips and Gunyan each to post a surety bond in the amount of $3,000,000 as a condition of their guardianship. However, in 2014, the court amended the judgment and appointed Phillips as sole guardian due to Gunyan’s inability to post the required $3,000,000 surety bond.

In 2018, Phillips filed a Verified Complaint in the Superior Court of New Jersey, Chancery Division, General Equity Part seeking a Court Order approving monetary gifts she made from Hourihan’s estate between 2015 and 2017 to the residuary beneficiaries of the Will, including herself, Gunyan, and Daly, as well as to other family members who were only considered contingent beneficiaries in the Will, including her husband, two daughters, and a son-in-law. The total amount gifted from the Will during this three-year period was $450,000.

The General Equity judge granted plaintiff’s application in part and denied it in part. The judge held that, pursuant to the power of attorney which Hourihan executed in 2006 before she was declared legally incapacitated, plaintiff was authorized to gift $14,000 per year to each of the individuals Hourihan identified as residuary beneficiaries in her will. This amount is the maximum per person yearly tax-free monetary gift permitted by the Internal Revenue Service (IRS). Those recipients who were identified in the Will as residuary beneficiaries were ordered to repay the estate the amount of the gifts that exceeded the yearly maximum per person tax-free gift limit established by the IRS. The judge disallowed the gifts plaintiff made to individuals who were identified in the Will only as contingent beneficiaries. Those individuals who received gifts based on their status as contingent beneficiaries in Hourihan’s Will were ordered to repay to the estate the entire amount of the gifts.

Phillips appealed. On appeal, plaintiff argued that the General Equity Part erred when it: (1) restricted her ability to make gifts only to those individuals expressly named as residuary beneficiaries of Hourihan’s Will; (2) limited the gifts to those entitled to receive it to the maximum tax-free gift amount per year established by the IRS; and (3) required repayment of any gifts made to the direct beneficiaries in excess of the $14,000 tax-free gift limit established by the IRS.

In determining whether the gifts were appropriate, the court relied upon the Supreme Court’s ruling in In re Keri, 181 N.J. 50 (2004), in which the Court explained:

In short, when managing the estates of incompetent persons, including the exercise of the power to make gifts, our courts must find that the proposed action is in “the best interests of the ward,’  . . . and that any gifts proposed are such “as the ward might have been expected to make,’. . . . Together, those statutory provisions incorporate and reconcile the best interests standard with the common law equitable doctrine of substituted judgment. Only when the estate contains the resources necessary for the benefit of the ward (best interests), may the guardian make gifts ‘in the same manner as the incompetent would if able to function at full capacity’ (substituted judgment).

The appellate court rejected the plaintiff’s arguments and affirmed the trial court ruling. Based on the In re Keri case, the appeals court in this case required that all gifts be made only to Hourihan’s “natural bounty.” Because Gunyan and Daly are named in Hourihan’s Will, and they are her niece and niece-in-law, the court held that the gifts to Gunyan and Daly were to Hourihan’s “natural bounty.” However, the appeals court held, as had the General Equity judge, that the gifts plaintiff made to her daughters, her son-in-law, and her husband did not satisfy the criterion set forth in Keri. In addition, the appeals court held that the General Equity judge correctly relied on Hourihan’s power of attorney to limit plaintiff’s gifts to $14,000.

Donald D. Vanarelli, Esq. represented the plaintiff in a seminal elder law / guardianship case entitled In re Keri, 181 N.J. 50 (2004). In Keri, an adult child sought guardianship of his mother and her estate and proposed to gift some of her assets to himself and his brother so that mother could qualify for Medicaid while in a nursing home. Reversing lower court decisions, the state Supreme Court ruled, for the first time, that the mother’s assets could be transferred to her children as part of an estate plan to help her qualify for government nursing home benefits. This ruling was characterized by the Star Ledger newspaper as having “broad implications for those with elderly relatives suffering from Alzheimer’s and other kinds of dementia…”.