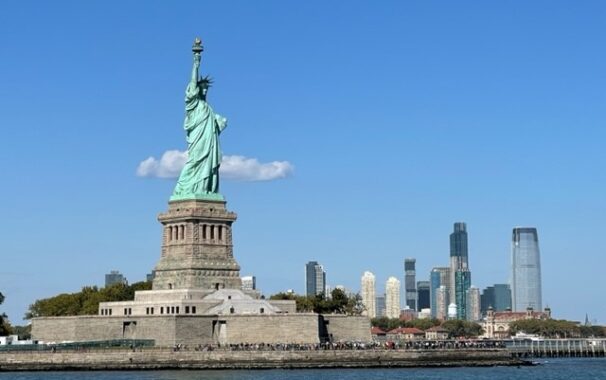 A.V. suffered from Alzheimer’s disease and dementia. In January 2021, A.V. moved into a skilled nursing facility. That April, she filed her first application for Medicaid benefits, seeking a community spouse resource allowance for her husband, J.V.

In June 2021, the Cumberland County Board of Social Services (CCBSS) denied the claim, advising A.V. and J.V. that they needed to spend-down their assets before petitioner could attain Medicaid eligibility. As advised, the couple spent-down their assets by purchasing an irrevocable, Medicaid-compliant annuity. A.V. then filed a second Medicaid application seeking a June 1 eligibility date. The annuity could be cancelled within 30 days of purchase by revocation. However, J.V. waived his right to revoke the annuity by signing an Immediate Irrevocable Election Form (IIEF), causing the annuity to become immediately irrevocable, thus meeting Medicaid’s requirements. As a result, CCBSS approved A.V.’s claim for benefits effective July 1, 2021.

The CCBSS then reviewed gifts totaling $24,468.43 made within 5 years of the Medicaid application date by A.V to her daughter and grandson. As a result of the gifts, the CCBSS assessed a penalty of 67 days of ineligibility for Medicaid.

A.V. appealed. The administrative law judge (ALJ) found that the effective date of A.V.’s eligibility for Medicaid should have been June 1, 2021, as J.V. had signed away his right to revoke the annuity. The ALJ also reversed the 67 day transfer penalty imposed, finding that the transfers were not made for the purpose of qualifying for Medicaid.

The ALJ’s decision was then reviewed by the Director of the State Medicaid agency. On the second review, the Director affirmed the ALJ’s ruling, finding that the effective date should have been earlier — June 1 rather than July 1 — because the annuity was irrevocable. When J.V. signed the IIEF, he waived his right to get the money back, rendering the transfer irreversible. The terms of the IIEF and the bank’s acceptance show that the annuity was irrevocable, removing the 30-day cancellation period.

However, the Director reversed the ALJ’s decision relating to the gifts. The Director found that A.V. failed to rebut the presumption that a reason for the gifts made during the lookback period was Medicaid eligibility. Although the gifts had purposes — as wedding gifts and as help for grandchildren in purchasing cars — A.V. did not show that these objectives were exclusive. Since A.V. had Alzheimer’s for the past six years and her husband pointed out the challenges of her care, Medicaid eligibility was likely a motivating factor behind the gifts.

The A.V. case is attached here –