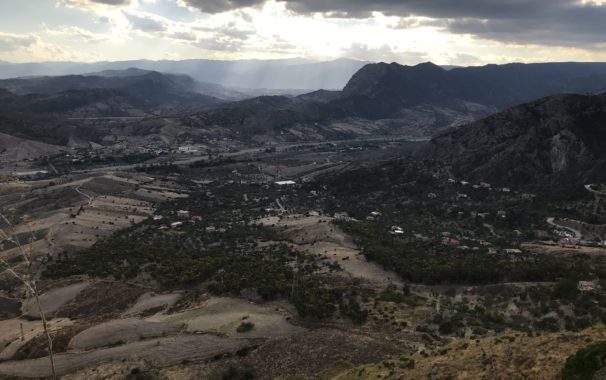 Robert B. Cohen was a man of “great wealth.” At the time of his death at age 86, he had suffered for years from a progressive form of Parkinson’s disease. His son James filed a complaint to declare that Cohen’s 2009 will, as later modified, was valid. In turn, Cohen’s granddaughter Samantha filed a complaint alleging that a 2004 will and related estate documents were valid, and that all later estate documents were the result of undue influence.

A massive litigation of the consolidated estate actions ensued, in which 50 expert and fact witnesses testified during a seven month trial. As the judge observed, the litigation was an “intense challenge considering the unyielding advocacy fed by unlimited funds.” In fact, the court noted that “there was virtually not one single day of trial where each side had less than four attorneys in attendance, assisted by computer technicians, as well as a myriad of support staff.” Following trial, the trial judge issued a 119-page written decision. She ruled that Samantha was entitled to a presumption of undue influence; that the burden of proof shifted to James to rebut that presumption by clear and convincing evidence; and that James had rebutted that presumption. Samantha’s claims were dismissed. With regard to Samantha’s demand for her $23.5 million in legal fees to be paid from the estate, the judge assigned a discovery master and, based on the master’s report, the judge allowed Samantha $10.5 million in fees and costs.

Samantha appealed the decision, and James appealed the counsel fee award. In a 72-page opinion, the Appellate Division affirmed the trial judge’s decision in its entirety.

At the time of Cohen’s death, his son Michael and daughter Claudia had predeceased him. His only surviving child was James. His sons James and Michael always worked in the Cohen family businesses. Before her death, Claudia and her father had a close relationship. Claudia was survived by her husband Ronald Perelman and her only child, Samantha.

Litigation regarding the Cohen family and its holdings had spanned many years in New Jersey, New York, and Florida state courts, as well as in federal courts. In 2008, after Claudia’s death, Claudia’s husband, on behalf of her estate, filed litigation against Cohen. He alleged that Cohen had breached an oral promise to divide his estate equally among his three children, and that Cohen lacked capacity and was unduly influenced by James to make inter vivos gifts to James. In 2009, the trial judge concluded that Cohen was not incapacitated, and that Claudia’s estate had failed to prove that there was an enforceable promise to divide Cohen’s estate equally. The judge also dismissed the undue influence claim, remarking that “the facts presented here do not persuade this Court to make new law in this state by allowing an attack on the choice of a living donor, with capacity, to transfer his assets prior to death.”

Based on that earlier 2009 decision, the judge in the estate litigation ruled that Cohen had been legally competent to execute the 2009 will; that the 2009 will was valid; and that earlier estate documents were thus rendered null and void. The judge also dismissed Samantha’s claims that James unduly influenced Cohen to with respect to certain insurance policies. With regard to Samantha’s claims regarding inter vivos transfers of more than $380 million, the judge reasoned that the transfers in issue would, if voided, become part of Cohen’s residuary estate, of which Samantha was not a beneficiary under the 2009 will. Therefore, the judge ruled that Samantha had no standing to challenge the inter vivos transfers.

According to evidence in the estate trial, Cohen and his granddaughter Samantha had had an excellent relationship, but that relationship soured in 2009 when Samantha and her father engaged in “bitter litigation” with Cohen.

The trial judge’s decision had explained that Samantha had presented sufficient evidence of a confidential relationship and suspicious circumstances, including the timing of the estate documents, along the progression of Cohen’s disease. This had created a presumption of undue influence. However, the judge concluded that James met his burden and rebutted that presumption, concluding that “the evidence showed that Cohen controlled James, not the reverse.” James was not present when Cohen’s attorneys recommended changes to his estate plan to limit Samantha’s interest. Cohen was strong-willed: for example, when his attorneys counseled him against certain estate planning changes based on the tax ramifications, Cohen chose to disregard that tax advice.

On appeal, Samantha argued, in part, that the trial court had failed to address a new provision added to the 2009 will, which was designed to “reverse the effect of any court judgment requiring James to pay damages to Cohen’s estate for undue influence.” The provision stated that James would receive the proceeds of sale from various businesses that at any time were part of Cohen’s estate “and which proceeds were brought back into my estate as a result of any litigation brought against me” by Samantha. However, the appeals court rejected Samantha’s claim, concluding that this provision was not evidence of undue influence, but was consistent with Cohen’s goals of providing for James.

The court also rejected Samantha’s claim that Cohen’s lawyers’ communications with James’s lawyer resulted in Cohen’s estate lawyer having “divided loyalties.” The judge concluded that there were no conflicts of interest, and no evidence that James suggested or even discussed estate planning changes with Cohen’s lawyers.

With regard to the legal fees awarded to Samantha, James argued on appeal that the fee award should be reversed because it was Samantha’s father (who himself was reportedly a billionaire) who had funded her litigation. The appeals court considered the novel issue of “whether counsel fees should be awarded to an unsuccessful will contestant whose expenses are paid by a third party.” Finding scant authority in New Jersey on the issue, and noted that “so long as the award is authorized by statute or rule in the first place, and the funding for the litigation does not run contrary to the public interest, there should not be a bar to reimbursement” where a father funds a daughter’s litigation. It found that Rule 4:42-9(a)(3) entitled an allowance for fees and costs, even to the losing party. The court found that there was a reasonable basis for the will challenge, because the 2009 ruling that Cohen was competent had not addressed the separate issue of undue influence. James also argued that the amount of the original fee request was so excessive that it warranted a complete denial of an award. However, the appeals court noted that neither the discovery master nor judge found those fees to be utterly unreasonable. James also argued that “Cohen’s heir should not see their inheritance nullified by a lawsuit that, from start to end, was an exercise in spite.” The Appellate Division was not persuaded by this argument, noting that the trial judge had had reason to shift the burden on James to prove a lack of undue influence. Finally, James argued that fees were not warranted because the litigation resulted in no benefit to the estate; however, the appeals court concluded that the goal of the fee award rule “is not to benefit the estate, but rather to provide a means of effecting the true intentions of the testator by allowing the award of attorneys’ fees and costs to unsuccessful contestants who had reasonable cause for challenging the validity of the will.”

The case is annexed here – In the Matter of the Estate of Robert B. Cohen