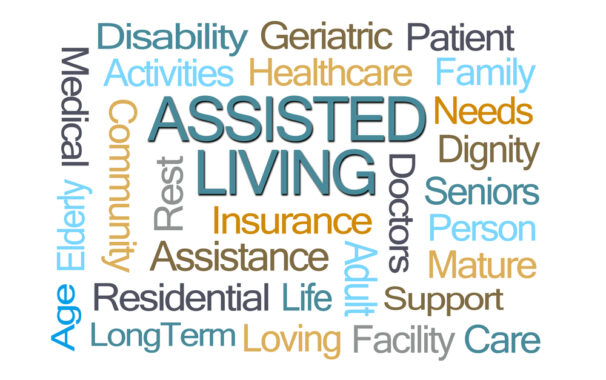 The Director of the Medicaid agency in New Jersey held that income in a Qualified Income Trust which was used to pay the room and board fee for a resident of an assisted living facility was not countable in determining the resident’s eligibility for Medicaid benefits. H.H. v. Monmouth County Board of Social Services – Final Agency Decision, OAL Docket No. HMA 14843-2019 (August 18, 2020)

On May 1, 2018, Ms. Harrington applied for Medicaid Managed Long-Term Care Services and Supports (MLTSS) to pay for her ALF costs. The application was completed by the applicant’s daughter, H.A., who was the applicant’s agent under a power of attorney.

Ms. Harrington’s gross monthly income from Social Security, was $1,734. $134 was deducted from this income each month to pay for Medicare Part B. On May 4, 2018, the applicant purchased a Medicaid compliant annuity with $34,200 of her funds. The annuity paid the applicant five equal, monthly payments of $6,841.29 from June 2018, through October 2018. The annuity met all Medicaid requirements and was non-countable as an asset in that it was non-transferrable, non-assignable, could not be surrendered or commuted, was irrevocable and immediate and had no cash or loan value. In addition, the State of New Jersey was the primary beneficiary upon the petitioner’s death. Thus, for the five month period from June 2018, through October 2018, the applicant’s total gross income per month was $8,575.29.

On May 1, 2018, the applicant established a Qualified Income Trust (QIT). She deposited the monthly income from the annuity into the QIT. On May 26, 2018, the applicant gifted $66,000, which was subject to a five month “gift” penalty under the Medicaid “transfer of assets” rule. The Medicaid agency determined the petitioner was clinically eligible for MLTSS effective February 26, 2018.

On July 23, 2018, the Medicaid agency denied the petitioner’s May 1, 2018 Medicaid application. The denial of benefits was based upon “excess income.” In that regard, the agency claimed that, because the applicant’s monthly gross income of $8,575.29 exceeded the monthly room and board rate of $5,797.00 for a semi-private room at the ALF, Medicaid benefits were unnecessary. The Medicaid agency did not include the applicant’s medical expenses in calculating the monthly cost of care, but only considered the room and board rate for a semi-private room.

After five months in pay status, the Medicaid compliant annuity terminated in October 2018. The applicant, through H.A., filed a second Medicaid application on November 8, 2018. At that time, the applicant’s only monthly income was $1,734 from Social Security.

On February 8, 2019, the Medicaid agency issued a second notice in which it advised that the applicant was subject to a 191-day penalty as a result of the gift of $66,000 in May 2018. As a result, she was ineligible for MLTSS for several months and only became eligible on May 11, 2019.

The applicant filed timely appeals from the denials of both of her claims for Medicaid benefits. The appeals were consolidated, and a hearing before an administrative law judge (ALJ) was held. On appeal, Medicaid contended that the applicant was ineligible for Medicaid on June 1, 2018, and was not eligible until November 1, 2018, because her total income, including her monthly Social Security and annuity income, exceeded the total cost of her expenses in the ALF. In response, the applicant argued that, because her annuity income was properly placed into a QIT, the annuity income should not have been countable in determining Medicaid eligibility. If the annuity income is not counted, the applicant’s monthly Social Security income was insufficient to pay the total ALF costs, including room and board for a semi-private room and her medical expenses. As a result, she was eligible for Medicaid

[T]he regulations require examination of whether the petitioner’s total income exceeded her total medical costs, including the “private pay costs associated with her nursing home care and other medical expenses” such as Medicare and prescription drug costs. Because the petitioner’s facility and other medical expenses exceeded her total monthly income, which was comprised of her Social Security and annuity income, which was properly deposited in a QIT beginning June 2018, I CONCLUDE the petitioner was eligible for MLTSS effective of June 2018.

As in every Medicaid case, the ALJ’s decision in this case was subject to review by the Director of the state Medicaid agency. After review, the Director reversed and remanded the case back to the ALJ for additional testimony and evidence to determine her room and board expenses, as distinguished from her medical expenses.

Together, these expenses constituted the applicant’s total monthly medical expenses. The total amount of these expenses, $3,470.52, was lower than her monthly income. The applicant was, therefore, ineligible for Medicaid because her income exceeded the cost of her medical expenses. The ALJ noted that the applicant incurred a monthly rate for room and board of $8,520 per month in months with thirty days and $8,844 per month in months with thirty-one days. However, the ALJ noted that Medicaid never pays for the room and board charges incurred by a resident of an assisted living facility. The ALJ also found that the applicant’s monthly medical expenses were less than the applicant’s total monthly income each month from June 2018, through October 2018.

The applicant contended that she used the funds in her QIT to pay for her room and board charges, and that her remaining income was less than her total monthly medical expenses. She alleged that, under NJ Medicaid regulations, the funds in her QIT should not have been counted in determining her Medicaid eligibility. The applicant acknowledged that she was responsible for paying for her own room and board, and contended there is no legal authority prohibiting her from using her QIT funds to pay for room and board.

After reviewing the evidence presented, the ALJ found that, based upon the evidence in the record, the applicant’s total monthly income, including the income in the QIT, exceeded her monthly medical expenses. The ALJ held that the funds in the applicant’s QIT should be counted in determining her Medicaid eligibility, and that there was no basis to exclude the QIT funds. As a result, the ALJ affirmed the decision of the Monmouth County Division of Social Services denying Medicaid benefits effective June 2018, and dismissed the applicant’s appeal.

[A]fter a careful review of the voluminous record, including documents presented on remand and in the prior matter, there is a preponderance of evidence that [the applicant’s] income is insufficient to cover her medical expenses. While she may not have provided the full extent of those expenses, the record shows that they were imbedded in the daily rate. When combined with those expenses that were fully enumerated, [the applicant] could establish Medicaid eligibility

From a discussion on another listserv:  It’s a confusing decision, but it appears that the Director’s position was that income in a QIT used to pay both monthly room & board as well as medical expenses was not countable in determining eligibility.

If you do the math, the annuity income alone would have pushed H.H.’s gross monthly income over her determined monthly medical expenses at the ALF. Further, when viewed in isolation, the annuity income exceeded the monthly room & board fee at the Assisted Living Facility. Combined, however, the total monthly income fell short of the room & board and monthly medical expenses. Thus, it’s the only conceivable explanation in my opinion. I’m curious if anyone else reads this case differently?