Lawsuits In Probate Court, like Will Contests, Are “Summary Proceedings,” And May Be Dismissed By The Court Without A Hearing 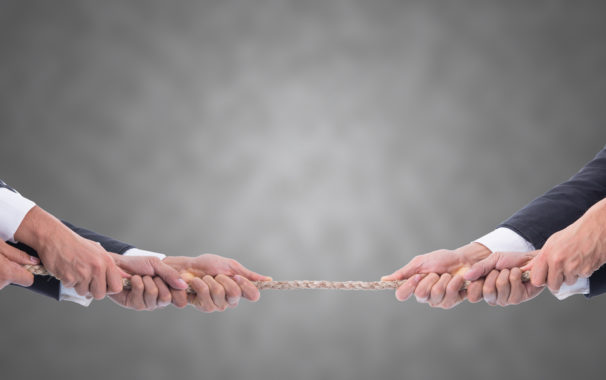 The decedent had five children, and his will divided his residuary estate among them. He left 25% of the residuary estate to his daughter Eileen. He also directed that Eileen’s bequest was to include the family home, which was to be a credit toward her bequest; in the event that the “total net estate” was insufficient to allow this property bequest, he directed that the house be sold. He also gave Eileen the right of first refusal to purchase the house.

The probate estate was ultimately valued at $430,000, including the house, so Eileen’s 25% share was insufficient to allow the house to be transferred to her while still fulfilling the other siblings’ bequests from the residuary estate.

After their father’s death, her siblings allowed her to remain in the house until the sale, provided that she pay all expenses of the home. In late 2015, the other siblings asked the executor to sell the home. Thereafter, Eileen stopped paying property taxes and, in late 2016, she moved out of the home.

In 2017, the executor filed a summary action to permit the sale of the house. Eileen objected, claiming that she had notified the executor that she wished to purchase the home and that her siblings “stonewalled” the sale. She also claimed that the decedent’s use of the term “total net estate” was intended to include both probate and non-probate assets, so that value would have allowed the house transfer while protecting her siblings’ bequests. She claimed that the will scrivener agreed with her interpretation, but provided no affidavit to support this claim.

The Bergen County chancery court granted the executor’s request to sell the house, concluding that summary relief was appropriate without holding a hearing, because there were no disputed issues of material fact that warranted a hearing. In what the appeals court later described as a “cogent written statement of reasons,” the trial judge concluded that the will explicitly authorized the sale, because the total net estate was inadequate to allow the transfer to Eileen. He also denied Eileen’s request to purchase the property, finding that she had waited more than 5 years to make the request.

On appeal, the Appellate Division agreed and affirmed the decision. It noted that probate actions brought in a “summary manner” are distinguishable from “summary judgment” actions, and are designed to be dealt with expeditiously, to avoid plenary hearings. Consequently, a probate judge has broad discretion to determine “the genuine nature of the factual dispute and whether the issue merits a plenary hearing.” Here, the judge reasonably exercised his discretion in determining that no hearing was warranted. The appellate court noted that the parties did not dispute the value of the probate estate or the value of the home. It also disagreed that Eileen was entitled to discovery regarding the decedent’s testamentary intent concerning the meaning of the “total net estate,” despite her claim that the scrivener agreed that the decedent had intended the term to include non-probate assets. It also rejected Eileen’s claim that the doctrine of laches should not have been invoked in dismissing her claim to purchase the home: the trial court had properly found that, after her 5-year delay, “the appropriate time for Eileen to purchase this property has long passed, and the other beneficiaries… are entitled to their share of the Estate.”  The trial judge properly invoked the doctrine of laches, aptly observing that “equity aids the vigilant, not those who sleep on their rights.”