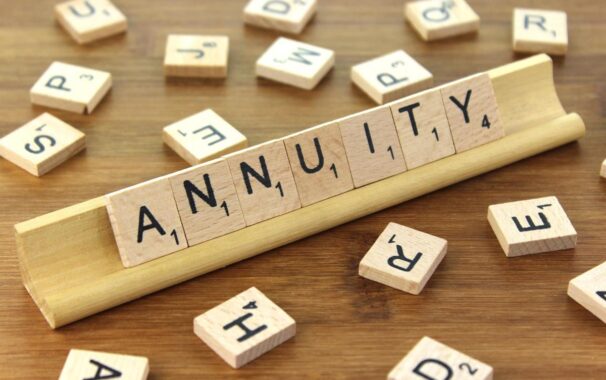 In order to qualify for Medicaid benefits, an applicant may not own more than $2.000 in countable assets. All assets are countable, with few exceptions. Annuities purchased by Medicaid applicants are countable resources unless they are irrevocable and meet certain other requirements.

In this case, Jane Cushing purchased a single-premium, immediate annuity from the Croatian Fraternal Union of America (Croatian). Although the annuity document stated that it was irrevocable, it had a provision stating that the “National President or Secretary/Treasurer of the Croatian Fraternal Union of America may, in writing, make or change a contract or waive any of its rights or requirements.”

Ms. Cushing applied for Medicaid. The state denied Ms. Cushing benefits due to excess assets. The state decided that due to the power of the President, Secretary, or Treasurer of Croatian to change the annuity’s terms, it was revocable, and thus included in the calculation of Ms. Cushing’s resources. As the revocable annuity pushed applicant’s resources above the $2,000 cap for Medicaid eligibility, she was ineligible for Medicaid.

In denying the application filed by Ms. Cushing, the state relied upon a previous case entitled M.M. v. Division of Medical Assistance and Health Services, OAL Docket No. HMA 1057- 2019. In the M.M. case, the state determined that language in the annuity contract purchased through Croatian indicating that because the president, secretary, or treasurer of the insurance company were permitted to make a change to the contract or waive any of its rights or requirements, the annuity was rendered “revocable,” and therefore available to the annuitant in that case. As a result, the state denied benefits to M.M., the Medicaid applicant, who was able to change the terms of her annuity after asking a company official to do so. (The M.M. case was discussed in a prior blog post.)

Ms. Cushing sued the state in federal court, argued that the annuity was not an available resource, and filed a motion for summary judgment. U.S. District Court for the District of New Jersey granted Ms. Cushing’s summary judgment motion, finding her eligible for Medicaid. federal court ruled that the Medicaid applicant’s irrevocable annuity was not a countable asset even though the company issuing the annuity had the authority to change its terms. According to the court, the annuity contract was “unambiguous on the issue of revocability,” and the prior case had no bearing on Ms. Cushing’s annuity.

First, the federal court addressed the state’s assertion that the decision of the state agency should be afforded deference. The Court quickly dispensed with the state’s position, noting that the State offered no analysis or even reference to the appropriate level of deference,  and that the case sited by the state in requesting deference stated that courts are “in no way bound by the agency’s interpretation of a statute or its determination of a strictly legal issue.”

Second, the federal court focused on two cannons of construction under New Jersey contract law: (1) that a contract should not be interpreted to render its terms meaningless; and (2) that a specific clause in a contract shall govern when general and specific terms conflict with each another. In applying these principles, the court determined that the Croatian contract’s specific language regarding the irrevocability of the agreement superseded the more general language regarding the powers of the officers. Specifically, the court determined that to allow the language allowing amendment to supersede the express irrevocability language would render that language meaningless. The court ruled that “the Annuity contract, as clearly drafted, is irrevocable.”

The federal court dedicated significant time analyzing the third issue – the impact of the M.M. decision. The federal court noted that the the state agency’s reliance on the M.M. decision and summarized the decision briefly. Following the summary, the federal court quickly dispensed with the applicability of M.M. to the Cushing case, stating “[t]here are many reasons not to blindly apply M.M. to the case at bar.” The court explained: (1) the plaintiff before the court was not a party to the M.M. case and could not intervene; (2) the cases were factually distinct; (3) the plaintiff had no power to make any adjustment to the contract; (4) adopting the state’s interpretation would render the contract misleading (citing the fact that the New Jersey Division of Insurance reviewed the Croatian contract to ensure it was not misleading); and (5) the M.M. decision relied on an interpretation under the trust rules found in the federal statutes when such rules were not applicable to annuities, concluding “the [M.M.] decision erroneously relies on an inapplicable law.”

The Court’s opinion is attached here –