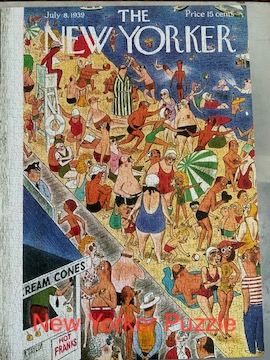 In a case of first impression, the New Jersey Supreme Court held that forcing a defendant to reveal the passwords to his password-protected iPhones which were properly seized by police authorities does not run afoul of the state or federal constitutions. State v. Robert Andrews, Docket No A-72-18 (NJ Supreme Ct., August 10, 2020).

The target of a State narcotics investigation, Quincy Lowery, advised detectives that defendant Robert Andrews, a former Essex County Sheriff’s Officer, provided him with information about the investigation in order to avoid criminal exposure. The State obtained an arrest warrant for defendant, who was later released.

Soon thereafter, the State sought and received additional search warrants for a phone belonging to Lowery and two iPhones belonging to Andrews. The warrants revealed 114 cellphone calls and text messages between Lowery and Andrews over a six-week period. Because the contents of the iPhones were inaccessible to investigators without the iPhones’ passcodes, the State moved for an order compelling defendant to disclose the passcodes.

Andrews opposed the motion, claiming that compelling the disclosure of his passcodes violated the protections against self-incrimination afforded by New Jersey’s common law and statutes and the Fifth Amendment to the United States Constitution.

The trial court rejected Andrews’s arguments but limited access to Andrews’s cellphones “to that which is contained within (1) the ‘Phone’ icon and application on Andrews’s two iPhones, and (2) the ‘Messages’ icon and/or text messaging applications used by Andrews during his communications with Lowery.” The trial court also ordered that the search “be performed by the State, in camera, in the presence of Andrews’s defense counsel and the [c]ourt,” with the court “review[ing] the PIN or passcode prior to its disclosure to the State.”

The Supreme Court then granted Andrews’s motion for leave to appeal, and affirmed the lower court’s opinions. The Supreme Court ruled that the lawfully issued search warrants — the sufficiency of which Andrews did not challenge — give it the right to the cellphones’ purportedly incriminating contents as specified in the trial court’s order. And neither those contents — which are voluntary, not compelled, communications — nor the phones themselves — which are physical objects, not testimonial communications — are protected by the privilege against self-incrimination. Therefore, production of the cellphones and their contents is not barred. As a result, the Court found that neither the federal nor the state constitutions protected Andrews from compelled disclosure of the passcodes to his cellphones.

Justice LaVecchia, dissented, holding that the right of individuals to be free from the forced disclosure of the contents of their minds to assist law enforcement in a criminal investigation always has been an inviolate principle of our law, protected by the Fifth Amendment and our state common law. No United States Supreme Court case presently required otherwise. No case from the New Jersey Supreme Court held otherwise. That protection “deserves utmost respect and should not be lessened to authorize courts to compel a defendant to reveal the passcode to a smartphone so law enforcement can access its secured contents.”