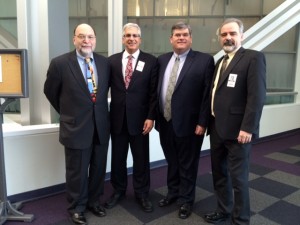 (The following article about our recent New Jersey Supreme Court victory in the Saccone case appeared in the October 2014 edition of the NAELA News.)

The New Jersey Supreme Court’s decision that retired police and firefighters could direct survivor benefits for their disabled children into payback special needs trusts was largely the product of advocacy by NAELA and NAELA members: Thomas Saccone v. Board of Trustees of the Police and Firemen’s Retirement System, No. A-49-12, decided September 11, 2014.

NAELA member Donald Vanarelli, CELA, CAP, litigated the case for almost six years. The Board of Trustees of the Police and Fireman’s Retirement System (PFRS) first refused to consider the request on the grounds that it was premature; the disabled son would have to make the claim after the father had died. Vanarelli persevered through an appeal and then certiorari to the New Jersey Supreme Court, which rejected the PFRS Board of Trustees’ position that the request was not ripe until the death of the retired firefighter.

In the recent merits decision, the Court made a point of noting that the amici — that included NAELA, the NAELA New Jersey Chapter, the Guardianship Association of New Jersey, and the Special Needs Alliance (SNA) — were “true friends of the court … submitt[ing] extensive information about SNTs, the relationship of SNTs to the provision of federal public assistance programs, and the role that SNTs should be permitted to play in connection with survivors’ benefits under the” New Jersey program.

The basic case was simple and elegant. Thomas Saccone, the retired Newark firefighter who brought the case, sought to have the lifetime survivor benefit available for his disabled son, Anthony, directed to his third-party special needs trust to avoid his son’s loss of means-tested, income-sensitive benefits. He argued that the New Jersey statute approving the use of special needs trusts and declaring their use to be affirmative state policy was, to that extent, a modification of the PFRS statute.

PFRS rejected Mr. Saccone’s request, holding that the payee of Anthony’s pension benefit could not be changed and that only Anthony could receive the PFRS benefit. The Superior Court of New Jersey, Appellate Division, upheld the decision of the Board.

The Supreme Court agreed that the later statute making SNTs to be affirmative state policy was to that extent an amendment of the PFRS statute.

NAELA members, as amici, may have played an unusually large role in the victory.

Before the Supreme Court, the amicus argued that the benefit was Anthony’s, not Thomas’s, that a self-settled d(4)(A) trust, like a guardian, is a fiduciary standing in Anthony’s shoes, owing all of its duties to Anthony. Paying Anthony’s benefit to such a trust would be equivalent to paying the benefits to Anthony. The Court agreed. Paying the benefit to such a trust “is equivalent to paying those benefits to Anthony himself,” for purposes of interpreting the New Jersey statutes governing the PFRS pension and special needs trusts.