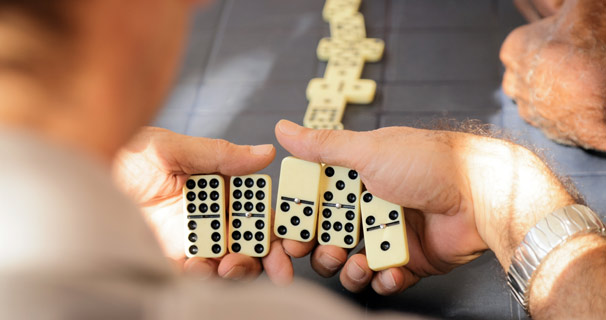 When former teen idol Aaron Carter died last month at the young age of 34, it came as shock to the entertainment world. Some say his death is a reminder of the importance of mental health. His death can also be a reminder to us all about the consequences of not having a Last Will and Testament.

According to some reports, Aaron Carter died without a Last Will and Testament, with a surviving family that included his mother, a famous brother who was a member of the “Backstreet Boys” band; and a young son. He also had a fiancée.

What if he had died in New Jersey without a Will?

Deciding how your affairs will be handled upon your death is never an easy task. For this and other reasons, many people, especially “younger” people, simply choose not to execute a Last Will and Testament. But keep in mind that, by not making a Will, you are making a decision to allow the intestacy laws of your state to dictate the manner in which your estate will pass, sometimes with unexpected (and undesired) results.

The term “intestacy” refers to the manner in which a person’s estate passes upon death, in the event that the person did not have a valid Last Will and Testament in place. When this occurs, the deceased person (the “decedent”) is said to have “died intestate.”       Rules governing intestacy (“intestate succession”), which vary by state, will dictate to whom, and in what percentages, an intestate estate will pass.

Common Reasons for Not Making A Will

Executing a Last Will and Testament is rarely an activity that people anticipate with eagerness. The process requires the person making the Will (the “testator”) to consider and make sometimes difficult decisions regarding such things as to whom their money will pass, their wishes regarding the disposition of their remains, and who will take care of their minor children.

In fact, many sources estimate that most people die without having executed a valid Last Will and Testament. Factors cited for this phenomenon include the legal fees associated, the reluctance to confront one’s own mortality, and the belief that a Will is only necessary for those with large estates. People may also forego the execution of a Will based on a misunderstanding of the intestacy rules, and who will inherit under those rules.

The Intestacy Approach: Understanding Your Decision to Not Execute a Last Will and Testament

The intestacy laws are considered default rules for those who die without a Will, and are based on the general notion that most decedents would want their estates to pass to “family.” Intestacy laws thus provide for inheritance by virtue of the status of a person as a part of the decedent’s family. In contrast to this intestacy model, however, society has witnessed a decline in the number of traditional nuclear families: we have seen a rise in the number of adopted children, stepchildren, children born out of wedlock, and non-traditional relationships, such as committed but unmarried partners.

Notably, in New Jersey, the intestacy statutes define a “child” as a natural or adopted child. It does not include a stepchild.

It is important to understand that the intestacy rules are applied rigidly, regardless of the decedent’s actual relationship with the surviving relatives or with other people who are not defined by law as “family.”

By not executing a Will, a decedent is, in effect, choosing to allow the intestacy laws of his or her state to govern the distribution of his or her wealth upon death. Understanding your state’s intestacy rules is essential when making the critical decision of whether to execute of a Last Will and Testament. Keep in mind that, by not acting, you are actually making a choice to allow the disposition of your estate to be dictated by those intestacy rules.