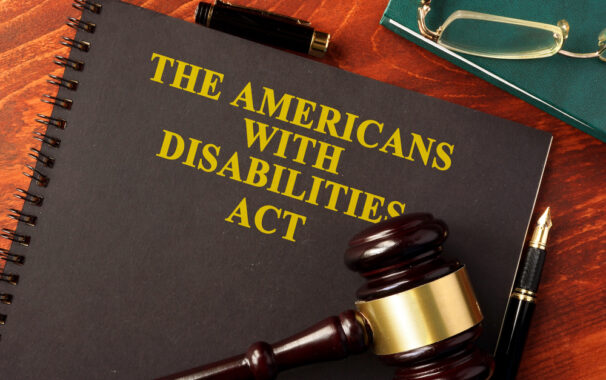 Recently, a three judge panel of the United States Court of Appeals for the Eleventh Circuit ruled in a 2-1 decision that websites for businesses that are open to the public but inaccessible to visually impaired people who use screen-reading software are not liable under Title III of the Americans with Disabilities Act (“ADA”). The dissenting judge warned the decision could have widespread negative consequences for visually impaired people, Juan Carlos Gil v. Winn-Dixie Stores, Inc., Docket No.No. 17-13467 (11th Cir., April 7, 2021)

Winn-Dixie Stores, Inc. (“Winn-Dixie”) owns and operates grocery stores in the Southeastern United States. Winn-Dixie operates a website for the convenience of its customers but does not offer any sales directly through the site, although customers can re-fill existing prescriptions for in-store pickup by using the website.

Juan Carlos Gil (“Gil”) is a long-time Winn-Dixie customer. Gil, who is legally blind, frequented Winn-Dixie’s physical grocery stores to shop and to fill his prescriptions. Upon learning of the existence of Winn-Dixie’s website, Gil visited the site and discovered that it was incompatible with his screen reader software, which vocalizes the content of web pages.

Gil filed a lawsuit under Title III of the ADA. In his complaint, Gil alleged that he was a Winn-Dixie customer, and that he was “interested in filling/refilling pharmacy prescriptions on-line,” but was unable to access the website because it was incompatible with screen reader software. Thus, he asserted that Winn-Dixie violated the ADA because the website was inaccessible to visually impaired individuals.

On appeal, the 11th Circuit reversed. The appeals court held that, although Title III of the ADA prohibits discrimination on the basis of disability in places of public accommodations, including hotels, restaurants, bars, movie theaters, grocery stores, parks, schools and museums,

[a]ll of these listed types of locations are tangible, physical places. No intangible places or spaces, such as websites, are listed. Thus, we conclude that, pursuant to the plain language of Title III of the ADA, public accommodations are limited to actual, physical places[.] … The absence of ‘auxiliary aids,’ such as screen reader software, on the website does not act as an ‘intangible barrier’ to exclude customers from Winn-Dixie’s physical stores.

In the dissenting opinion, the sole dissenting judge on the 11th Circuit panel held that the Winn-Dixie website’s incompatibility with screen-reading technology denied disabled customers “the full and equal enjoyment of services, privileges, and advantages offered by Winn-Dixie stores.” Although disabled customers could request pharmacy refills in the store, the circuit court noted that  such customers might wait up to 30 minutes before the refill is ready while a sighted customer who submitted a refill request online would be offered “a streamlined, fast process that offered greater privacy.” Thus, visually impaired customers like Gil were not offered equal treatment and an experience like those who were not disabled as required under the ADA.