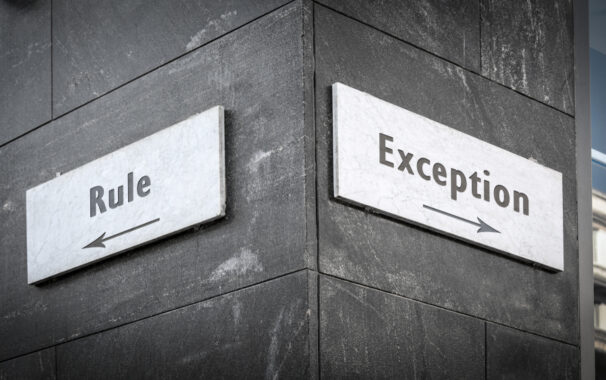 In this case, a New Jersey appeals court held that a Medicaid applicant’s transfer of her home to her adult child who lived with and cared for her for many years was entitled to Medicaid benefits under the “caretaker child” exemption to the transfer of assets rules even though the child worked full-time outside the home and paid for aides with the parent’s assets. A.M. v. Monmouth County Board of Social Services, Docket No. 5105-18 (App. Div., March 11, 2021)

M.M. was in her eighties. A.M., M.M.’s son and power of attorney, resided with M.M. for more than fifty years. M.M. owned the home in which she and her son lived. A.M. worked as a teacher at a nearby school.

In 2008, M.M. was diagnosed with Alzheimer’s disease. A.M. was M.M.’s sole caregiver from the time of her diagnosis until September 2012. During those years, A.M. assisted M.M. in any way she needed, including preparing M.M.’s meals, taking her to doctor’s appointments, helping her dress and bathe, driving her to see family and friends, helping her manage laundry and household chores, and taking her to church. During the night, he would take care of his mother when she wandered and assisted her when she needed to use the bathroom.

In September 2012, A.M. hired two part-time home healthcare aides to assist him in caring for M.M. when he was at work four days a week. A.M. used M.M.’s assets to pay for the aides.

On September 30, 2014, M.M. transferred her one-third interest in the house, including her life estate, to A.M. M.M. received less than fair market value for the transfer of her interest in the property to A.M.

In October 2014, M.M. entered a nursing facility. On April 3, 2018, A.M. applied to the Monmouth County Board of Social Services, a county welfare agency (CWA), for Medicaid benefits for M.M.

A.M. requested a fair hearing, arguing that the 2014 transfer of his mother’s one-third interest in the property was exempt from the look-back penalty under the “caretaker child” exemption to Medicaid’s prohibition against transferring assets for less than fair market value within 5 years of the date an application is filed. The matter was transferred to the Office of Administrative Law (OAL), where a hearing was held before an Administrative Law Judge (ALJ).

The ALJ issued an initial decision reversing the CWA’s decision. The ALJ concluded that the assistance A.M. provided to M.M. exceeded the personal support services a child is normally expected to provide to a parent, specifically dressing, grooming, toileting, bathing, and preparing meals. In addition, the ALJ found the services A.M. provided to his mother were essential for her health and safety and that he provided those services for more than two years prior to her institutionalization. Thus, the ALJ concluded, M.M.’s 2014 transfer of her one-third interest in the residence fell within the child caregiver exemption to the look-back penalty.

The ALJ rejected the CWA’s argument that A.M.’s full-time employment negated the child caregiver exemption. The judge determined that the applicable Medicaid regulation does not require a child to dedicate his full time to caring for a parent to qualify for the exemption. He noted that A.M. reduced his work hours to care for his mother for longer amounts of time when her needs increased.

A.M. filed exceptions to the ALJ’s decision. On June 14, 2019, the Acting Director of the state Medicaid agency issued a final agency decision adopting the ALJ’s initial decision in part and reversing it in part.

A.M. filed an appeal to the Superior Court of New Jersey, Appellate Division. After reviewing the record, the appeals court concluded that the Acting Director misapplied the applicable Medicaid regulations to the facts in the case.

First, the appeals court found that the applicable regulation does not place a limit on the number of hours a child may work outside the home or the amount of income the child may earn in order to fall within the exemption. Rather, the regulation is silent with respect to the child’s employment and income. The court continued as follows:

In addition, the intent of the regulation – to encourage children to make the necessary arrangements to care for a parent in their home to avoid the public expense of institutionalization – would not be furthered by a requirement that the child caregiver work only a limited number of hours outside the home or earn no more than a particular income. To the contrary, to the extent that a child can both provide for the care of a parent in her home and provide a source of income for the family through outside employment, the purpose of the regulation is furthered. A child who earns money outside the home may well be more likely to afford the expenses associated with the at-home care of a parent who would otherwise be institutionalized.

Second, the appeals court concluded that, based on the ample undisputed evidence the court found in the record, A.M. proved that he provided a level of care to M.M. beyond that normally expected from a child, and the Acting Director’s decision to the contrary was incorrect.

The appeals court also rejected the Acting Director’s conclusion that the caregiver child exemption does not apply when a child arranges for home healthcare aides to assist in providing care to a parent. The court found that “Nothing in the regulation requires the child to be the sole caregiver to a parent to qualify for the exemption. It is instead the extent of the assistance provided by the child that is relevant.”

Finally, the appeals court also found no support in the regulation for the Acting Director’s conclusion that the source of the funds used to pay for the home healthcare aides had legal import. The court found it to be “undisputed that A.M. paid for the aides with M.M.’s funds. The regulation does not, however, require that the child caregiver finance all of the care provided to a parent to qualify for the exemption.”

As a result, the court reversed the Acting Director’s determination, holding that A.M. was entitled to the child caregiver exemption for any assets transferred to him by M.M., and that M.M. should not be penalized by Medicaid as a result of the asset transfers.