Agency Not Required To Assist Incapacitated Medicaid Applicant Who Could Not Speak, And Whose Power Of Attorney “Disappeared” 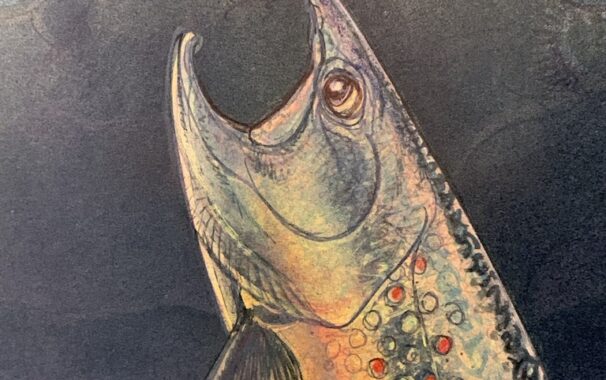 The New Jersey appellate division sustained the denial of Medicaid benefits based upon the applicant’s failure to submit documents necessary to verify his eligibility. Even though the Medicaid applicant was incapacitated due to dementia, could not speak, and whose agent under his power of attorney failed to assist, the court held that the Medicaid agency was not required to obtain bank statements for the applicant. J.T. v. Division of Medical Assistance and Health Services and Gloucester County Division of Social Services, No. A0461-18T4 (N.J. App. Div., April 29, 2020).

The applicant’s daughter, F.T., was his agent under his general durable power of attorney. After her father’s admission to the nursing home, F.T. failed to appear for scheduled care meetings and did not respond to communications from the nursing home’s regarding her father’s medical care. In light of F.T.’s absence, J.T.’s son, Ja.T., acted on behalf of his father by executing a form designating an employee of the nursing home as the designated authorized representative (DAR) for J.T. The nursing home filed a Medicaid application, which was denied due to failure to provide the asset verification necessary to establish eligibility for the program.

The second Medicaid application listed only a bank account with a balance of $755 as the applicant’s sole resource. When requested to provide bank statements, the D.A.R. contacted Medicaid and explained that her efforts to obtain J.T.’s bank records in support of the application had failed because F.T. had “disappeared” and was not returning telephone calls, and the bank demanded verbal consent from the applicant, who could not speak, or a written authorization from Ja.T., who had no formal legal authority.

The Medicaid caseworker recommended that the D.A.R. seek a judgment of incapacitation and the appointment of a guardian. The caseworker also ran an electronic search for additional bank accounts and located no additional accounts, but did not take any further action to obtain the bank statements from the account disclosed on the Medicaid application.

Subsequently, the Medicaid agency the denied J.T.’s second application. The agency stated it was unable to determine J.T.’s eligibility without the bank records. Soon thereafter, J.T. died. The following day, the nursing home attempted to initiate guardianship proceedings for J.T. Because J.T. had died, the guardianship petition was not processed.

The D.A.R. appealed on J.T.’s behalf, requesting a Fair Hearing. The administrative law judge sustained the denial determination, finding that the D.A.R. had notice that bank statements would have to be obtained to complete a Medicaid application based on the denial of the first Medicaid application for failure to verify. The agency director issued a Final Agency Decision adopting the Initial Decision upholding the denial of the application. On appeal, the appeals court affirmed, concluding that the Medicaid agency satisfied any duty to assist the applicant by advising the D.A.R. to obtain a guardianship over J.T. The electronic search was not relevant in the court’s decision because it was undisputed that the agency did initiate an electronic search for J.T.’s bank records, but the search was unsuccessful.