Court Reverses Medicaid Denial, Finding “The Application Languished With No Action For Over A Year” 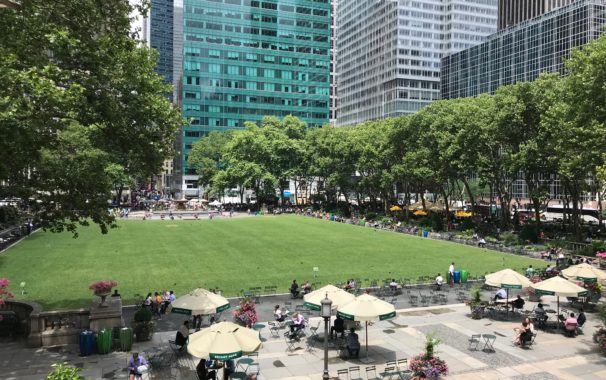 W.M. was admitted to a nursing home in Cranford, New Jersey. In December 2013, W.M.’s wife, E.M., filed a Medicaid application for W.M. with the local Medicaid agency, the Union County Division of Social Services (“the County”).

In January 2014, the County requested additional information and/or documents about W.M.’s income, life insurance, and household expenses. The nursing home supplied the requested information. Then, more than one year later, in February 2015 and again in March 2015, the County made additional requests for verifications about the applicant’s bank statements, the surrender of life insurance policies, and proof of spend down to the Medicaid resource limit. In April 2015, the County denied W.M.’s Medicaid application for failure to provided the requested information.

Two days after receiving the denial notice from the County, the nursing home supplied the requested information. With regard to the surrender of the life insurance policy, the nursing home showed that the policy was surrendered, and that the cash value obtained was spent down to pay the applicant’s care costs, as of October 2013. In other words, W.M. proved that he was under the Medicaid resource limit at the time his application for Medicaid benefits was filed. However, the County rules that the documentation was insufficient.

W.M. filed a request for a fair hearing. After the hearing, the Administrative Law Judge (ALJ) assigned to the case disagreed with the County’s determination that the applicant failed to supply verification that the life insurance policy had no value at the time of W.M.’s Medicaid application. In addition, the ALJ opined that the agency failed to move the case promptly through the approval process as required by the administrative code because the County took no action on the application for more than one year. Accordingly, the ALJ concluded that “the action of the agency in denying him benefits for failure to verify his resource level is baseless, and should be reversed.”

On review, the Director of the Division of Medical Assistance and Health Services (DMAHS), the State Medicaid agency, issued an Order of Remand instructing the ALJ to flesh out what efforts E.M. made prior to the date the application was denied to provide the requested documentation. On remand, the ALJ affirmed her prior decision, finding that no information was outstanding as of the denial date, and that it should have been clear to the County as of April 2015 that the applicant’s life insurance policy had been surrendered and had no value.

In 2017, the DMAHS Director again reversed the ALJ’s determination and reinstated the County’s denial. The Director noted that “[t]he issue here is not merely whether Petitioner had properly verified that he surrendered the [life insurance] policy, but rather whether that information was timely submitted to [the County].”

There is one fact that is completely unrefuted in this case: at the time of W.M.’s December [] 2013 application, he met the eligibility requirements for Medicaid. … Accordingly, the only issue before the court is whether DMAHS acted reasonably in maintaining its denial based on the fact that proof of the surrender of the [life insurance] policy was not provided until after the April 2015 denial.

As the ALJ correctly found, it should have been clear to the County as of April 2015 that the [life insurance] policy had been surrendered and had no value. We conclude that for DMAHS to maintain its denial of the application based on the fact that the documents were submitted two days after the April [] 2015 denial letter was arbitrary, capricious and unreasonable. Accordingly, we reverse the agency’s … decision denying the application and remand with direction that the agency promptly grant the application.

Thus, the case was reversed on appeal, and remanded to the County with instructions to immediately find W.M. eligible for Medicaid.