“Caregivers Neglect Their Own Health” – Article in the Star-Ledger Newspaper on October 18, 2018 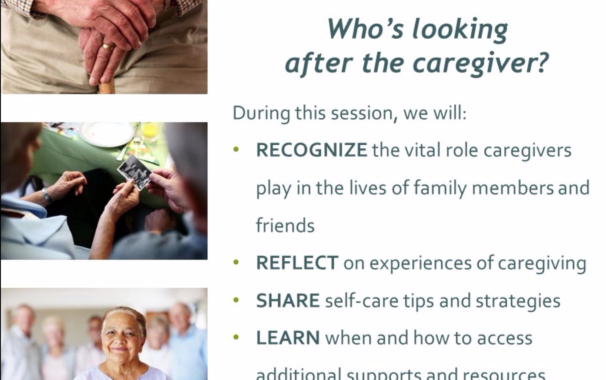 The following article appeared in the October 18, 2018 edition of the Star-Ledger newspaper:

Caregivers Neglect Their Own Health

Skipping your checkup but not grandma’s?

Caring for an older loved one is a balancing act, and a new poll shows that too often it’s the caregivers’ health that’s neglected.

The survey, by the Associated Press-NORC Center for Public Affairs Research, found about a third of caregivers have gone without a routine physical or dental care, skipped or didn’t schedule a test or treatment or even forgot to fill a prescription or failed to see a doctor for their own illness or injury because they were too busy with their caregiving duties.

Doctors miss opportunities to help. Most caregivers go to medical appointments with the seniors they care for, yet the poll found they’re less likely to get information about self-care, support programs or other services during those visits than if they make time to see their own physicians for advice.

“We have a long, long way to go until this is a routine part of practice,” said AARP long-term care specialist Lynn Feinberg. “This survey really points out the need to look at both the person and the family.”

Four in 10 Americans have provided long-term care to an older relative or friend, a volunteer workforce that’s growing as the population ages. The AP-NORC survey released Monday found that for nearly a quarter of them, especially caregivers who are over 40, the amount of time spent on caregiving duties is equivalent to a fulltime job.

Most informal caregivers view their role as key to their identity. But it can be difficult to meet their own physical and mental health needs.

Nearly 40 percent of caregivers have a health problem, physical disability or mental health condition that impacts their daily life or limits their activities, the poll found. More than a quarter of caregivers say it’s difficult to manage their own health along with the caregiving duties. Even more who have chronic conditions, 40 percent, find it a struggle.

Deborah Ecker and her husband recently moved her fiercely independent elderly parents into their Pennsylvania home, spurred by some frightening hospitalizations. Ecker’s father, at 89, requires full-time oxygen for emphysema and had contracted pneumonia. Her mother, 88, was hospitalized with congestive heart failure and severely high blood pressure.

“I’ve thrown myself into this, and I’m not sorry,” said Ecker, 61, who with her husband is a missionary but for now isn’t accompanying him on their ministry travels. “They deserve to be taken care of. They’re so loving and generous.”

But a few months ago, Ecker realized she needed to pay more attention to her own health. She’d undergone successful cancer treatment in 2016 but is overweight, and the hours of exercise that once were routine have fallen by the wayside.

A post-hospitalization monitoring program from the University of Pittsburgh Medical Center gave Ecker more confidence in caring for her mother, and she was able to carve out time to see her own doctor. Insulin resistance was putting on pounds, Ecker learned, and she started medication and a dietary program. Next she’s planning how to work in exercise time.

“I feel like I’m on track,” Ecker said. “At the end of this I want to be strong enough and healthy enough to have a life of my own.”

The AP-NORC poll found only a quarter of caregivers talk with their own doctors about their caregiving responsibilities — but among those who did, half received information about caregiving support services and three-quarters learned important information about self-care.

In contrast, the vast majority of caregivers accompany the person they assist to medical appointments, usually going into the exam rather than staying in the waiting room. Yet fewer than 40 percent gleaned advice on caregiver resources during those visits.

Caregivers and their charges “should be treated simultaneously,” said University of Pittsburgh aging specialist Richard Schulz. “They should be looked at as a unit,” because if the caregiver burns out, the patient may have no one left.

The health system marginalizes caregivers partly because there’s no way to bill for assessing caregivers during someone else’s visit, but also because doctors don’t always know what community resources are available to recommend, Schulz said.

Ralph Bencivenga, of New York City, lost so much weight while caring for his terminally ill wife and undergoing his own cancer treatment that he finally sought help from a nutritionist at the Mount Sinai Health System — advice that also paid off as he assumed the couple’s grocery shopping and cooking duties.

“I had no idea the kind of stress that put me under,” he said of his caregiving duties.

The new poll found many caregivers find healthy ways to cope, such as praying, meditating, spending time outdoors or talking about their situation.

But 44 percent sleep less, and 17 percent increase alcohol or tobacco use.