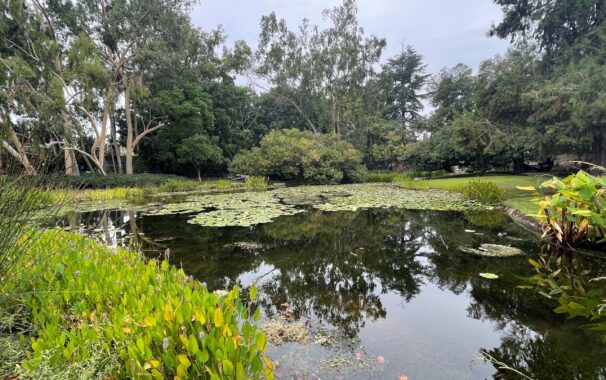 In a decision that has been approved for publication, the New Jersey Superior Court, Appellate Division, affirmed the dismissal of a lawsuit challenging New Jersey’s Medical Aid in Dying for the Terminally Ill Act (the “Act”).

The lawsuit, which was brought by a terminally ill resident, a physician, and a pharmacist, attempted to enjoin and invalidate the Act. Their lawsuit had been dismissed by Superior Court Chancery Division Judge Robert T. Lougy, based on lack of standing and failure to state a cognizable claim.

The plaintiffs appealed. They argued that they had standing to bring the action, that the Act violates the state Constitution, and that it “presents a danger to all New Jersey citizens.” In a 44-page written decision, the Appellate Division disagreed, and affirmed Judge Lougy’s dismissal of the case.

By way of background, the Act gives a competent, terminally ill New Jersey resident whose life expectancy is 6 months or less the right to request and obtain a doctor’s prescription for medication, which the patient may self-administer, to end his or her life. It was passed by the New Jersey legislature to protect “the right of a qualified terminally ill patient, protected by appropriate safeguards, to obtain medication that the patient may choose to self-administer in order to bring about the patient’s humane and dignified death.” As the appellate court noted, “nothing in the Act authorizes a physician or any other person to end a patient’s life by lethal injection, active euthanasia, mercy killing, or assisted suicide.”

In its review of the case, the appeals court identified the numerous safeguards contained in the Act, including the following:

On appeal, with regard to the standing issue, the plaintiffs argued that they had legal standing to challenge the Act because the Act permits and sometimes coerces physicians and pharmacists “to impose a non-voluntary death upon … residents such that [they] are personally subject to and at risk of either killing or being killed pursuant to the Act.” They also argued that the Act violates their religious beliefs.

The court’s analysis of the standing issue recognized that “to be entitled to sue, a party must have a sufficient stake and real adverseness with respect to the subject matter of the litigation.” The court concluded that the plaintiffs lacked legal standing to maintain the lawsuit because the Act is voluntary: doctors and pharmacists may choose not to participate in an EOLM request, and terminally ill patients have the option not to request EOLM (and the option not to ingest the EOLM, even if they request it):

As far as the Act’s effect on all New Jersey residents, only those individuals who voluntarily participate in the Act are bound by its terms…. In sum, plaintiffs failed to establish a sufficient stake and real adverseness with respect to the subject matter of the litigation to challenge the Act.

Ordinarily, a determination that a plaintiff’s lawsuit was properly dismissed for lack of standing would end the appellate court’s review of the case. However, the Appellate Division opted to address the substantive issues of the lawsuit, because the plaintiffs had raised arguments “of a constitutional dimension that effectively challenge the care of terminally ill patients.” After reviewing those arguments, the court concluded that the plaintiffs’ arguments were unpersuasive, and that, even if the plaintiffs had legal standing to maintain the suit, their challenges to the Act would be unsuccessful.

First, the plaintiffs had argued that the Act violates the New Jersey Constitution on the basis of the “single object rule,” because the title of the Act (the Medical Aid in Dying for the Terminally Ill Act) is misleading for various reasons, such as the fact that the term “dying” is used to refer to those with a 6 month life expectancy. The court determined that the plaintiffs’ argument was procedurally deficient, because they never raised the argument in the lower court. It also found that the title of the Act did not violate the single object rule because “the mere fact that the object of the legislation might have been expressed more specifically in its title affords no ground for declaring it void, so long as that title fairly points out the general purpose sought to be accomplished thereby.” Moreover, the court found that the term “dying” includes “approaching death,” and that the terms of the Act are not contradictory, as the plaintiffs claimed:

Although N.J.S.A. 2C:11-6 makes it a criminal offense to purposely aid another to commit suicide, the Legislature specifically carved out an exception in that statute for actions taken pursuant to the Act. Thus, the Legislature has made a clear determination that while assisting in a suicide is a crime, the provision of EOLM shall not be considered a criminal offense.

The plaintiffs’ next substantive argument, that the Act violates their constitutional right to “enjoy and defend life,” was also rejected by the court, again because participation in the Act is voluntary for both patients and health care providers.

With regard to the plaintiffs’ claim that the Act violates the Free Exercise Clause and their religious rights, the court recognized that the Free Exercise Clause does not relieve a citizen of the obligation to comply with laws of general application. Here, the Act was a generally applicable law, which is rationally related to “the legitimate purpose of promoting the safe and legal means for a terminally ill patient to choose to end his or her life.” It concluded that the plaintiffs failed to demonstrate that the Act, which is voluntary, burdens their religious beliefs.

A copy of Petro v. Platkin can be found here –