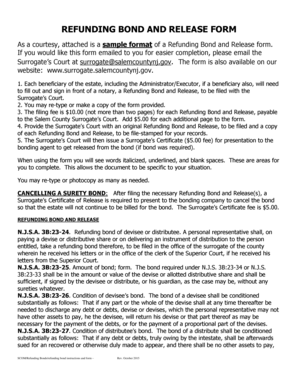 The defendant, William Lewis, was the administrator of his deceased mother’s estate. In connection with the administration of the estate, and related litigation with his brother regarding the estate, the defendant was represented by Eileen Siegeltuch, an attorney at Cureton Clark, P.C. The Cureton firm sent him an invoice for over $68,000 in legal fees in connection with its representation, which the defendant only partially paid. Thereafter, Ms. Siegeltuch left the Cureton firm and took the estate file with her; the firm then ceased doing business.

Ms. Siegeltuch concluded the administration of the estate on the defendant’s behalf, with the exception of the outstanding legal fees to the Cureton firm. She completed an accounting that listed a “reserve” of $60,000 for “Cureton Clark Legal Fees.” Both brothers signed an Approval of Accounting and Refunding Bond and Release.

However, because both brothers had signed refunding bonds, the inquiry turned to those bonds, and the court ordered that the refunding bonds would be enforced in favor of the law firm.

[O]n closing an estate, each distributee is required by law to give a refunding bond, conditioned for a return of the share so distributed or a proportionate part thereof, to discharge any debt … which the said executor or administrator may not have other assets to pay. The bond, nominally to the executor, is for the benefit of the creditor, and suable by him in the name of the executor….

Ultimately, the court found that this distinction did not insulate the defendant, even though the estate was an intestate estate. The refunding bond executed by the brothers did not track the language of the statute addressing intestate estates; instead, it obligated the brothers to satisfy “any debt or debts,” not limited to those of the decedent. Moreover, the court opined that, even if the refunding bond had not included this more expansive language, the defendant’s argument was meritless, because it would allow him to incur substantial administration expenses, distribute the estate, and be free and clear from unsatisfied judgments incurred in connection with the administration.

The law firm was therefore permitted to enforce the refunding bonds to satisfy its unpaid award of legal fees.

The defendant’s subsequent petition for certification to the Supreme Court was denied.