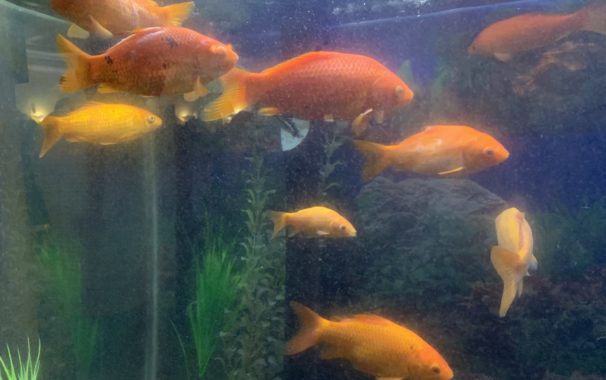 M.A. is 89 years old, suffers from dementia, syncope, type two diabetes, hypertension, dysphagia and weakness. Petitioner has had these conditions for at least 10 years. Petitioner is incapable of leaving the house without someone accompanying and assisting her, and is incapable of traveling to TD Bank on her own. No guardian or power of attorney was ever appointed for petitioner. Thus, there is no third party who could access the bank account for petitioner.

M.A. was a Medicaid recipient. In February 2018, M.A. was notified by the Hudson County Department of Family Services that her Medicaid benefits would be terminated because of excess resources, specifically the joint bank account owned with her daughter. The bank account had a balance of $57,512.05 at the time of the denial.

Petitioner requested a Fair Hearing. A hearing was held before an administrative law judge (ALJ). The ALJ issued an initial decision affirming the denial of petitioner’s Medicaid eligibility, finding the subject account was a countable resource, and “if the applicant has unrestricted access to the account, which [petitioner] did, it is a countable resource.” The Director of the State Medicaid office affirmed.

M.A. appealed to the Superior court of New Jersey, Appellate Division. On appeal, M.A. argued that because (1) her daughter contributed all of the funds to the account, (2) the account is an “or” account, not an “and” account, (3) petitioner had never drawn on the account, (4) petitioner cannot leave her apartment without assistance, (5) no one was appointed guardian or power-of-attorney for her, and (4) petitioner is incapable of accessing the account due to her physical and mental infirmities, the subject bank account is an excludable resource and the determination of her Medicaid ineligibility was arbitrary, capricious, and unreasonable.

The Appellate Division affirmed the ALJ’s decision, finding M.A. ineligible for Medicaid. The appeals court held that it agreed with “the Division’s conclusion that petitioner had unrestricted access to the joint account owned with her daughter . . . , and we are not persuaded by her physical and mental incapacity to access the account because the test is whether she has the “power” and legal authority to do so.