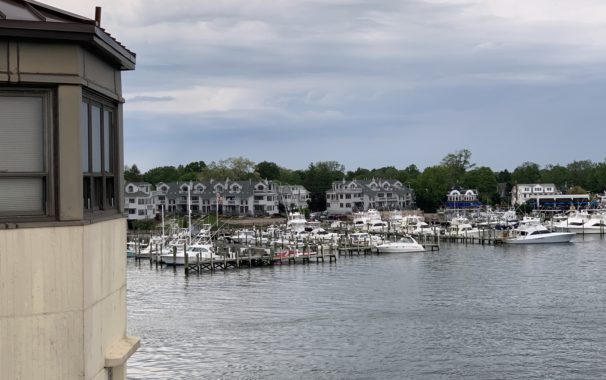 Petitioner, a severely impaired young woman, resides at home with her father, her primary caregiver. She requires monitoring 24 hours a day. She cannot eat or speak, and is unable to sit, stand or change positions on her own. She is fed and hydrated through a gastrostomy tube. She experiences frequent seizures, which occur even when she sleeps, for which she requires treatment.

Petitioner’s nursing care is paid by Medicaid. In particular, United Healthcare Community Plan (United), a managed care organization (MCO), pays the nursing agency for the cost of providing nurses to petitioner and United is compensated by Medicaid. As an MCO, United contracted with the State to provide or to oversee providing services to Medicaid beneficiaries in exchange for a fixed, prospective payment from the State for each beneficiary.

Petitioner repeatedly appealed United’s decision after losing several appeals before finally appealing to an independent utilization review organization (IURO). The IURO issued a written decision recommending that United’s decision to reduce petitioner’s PDN from 112 to 77 hours per week be overturned, because petitioner’s need for 16 hours of PDN per day was medically necessary.

Petitioner did not receive written notice of United’s decision to allocate the PDN hours between home and school. Petitioner’s father learned of United’s decision from a telephone call placed to him from one of the nurses at the nursing agency. Thereafter, petitioner’s father sent a letter to Medicaid requesting a Medicaid fair hearing to challenge United’s determination that 35 of 112 hours of PDN she was to receive each week had to be used while she was at school, as well as United’s failure to provide notice to her of its determination.

After the fair hearing was scheduled, the matter was adjourned so the parties could brief the issue of whether United properly notified petitioner that it intended to allocate PDN services between petitioner’s home and school. At the conclusion of oral argument on that issue, the ALJ determined petitioner had not been properly noticed and ordered United to do so. This initial ALJ decision was filed with the Director of the State Medicaid agency for consideration.

United was not implementing the IURO’s decision. The IURO did not state petitioner was not getting the kind of care she requires while at school or that the PDN hours allotted to her were to be divided between home and school. The statements the IURO made upon which respondents rely to support such argument are taken out of context. The IURO merely restored the number of PDN hours petitioner had been receiving in her home for years. Therefore, United was not advancing the IURO’s decision when United divided PDN services between home and school. United’s decision to allocate PDN services between home and school was a new and adverse benefits determination. Therefore, petitioner was entitled to proper notice before such determination was implemented.

The Director’s decision was reversed and the court remanded the matter to the ALJ to oversee that United provided appropriate notice to petitioner, and to continue the appeal to address petitioner’s substantive challenges to United’s adverse benefits determination.