No Federal Or State Regulation Requires The Medicaid Agency, Rather Than The Applicant Him/Herself, To Verify Medicaid Eligibility 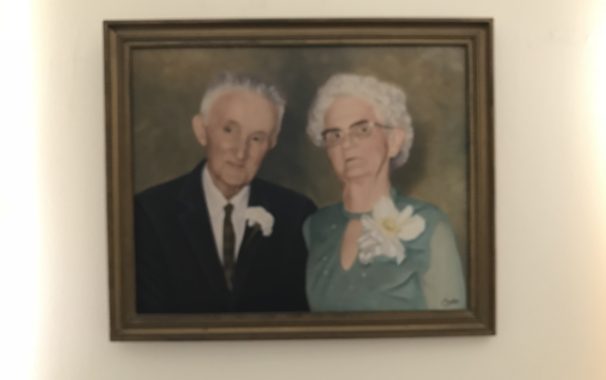 V.S. is a nursing home resident; her adult son is her legal guardian, and she was represented by legal counsel. V.S.’s authorized representative submitted a Medicaid application with the Bergen County Board of Social Services (BCBSS) on her behalf.

In response, BCBSS requested information verifying the information on her application, including several months of bank statements. The BCBSS denied appellant’s application for failure to produce those documents after she failed to respond to the notice.

V.S. appealed, arguing that state and federal regulations required the BCBSS to obtain the documentation itself, rather than requiring V.S. to produce the documents. After a hearing, the administrative law judge (ALJ) issued a decision, concluding that the BCBSS properly denied appellant’s Medicaid application due to her failure to produce the requested documentation.

Thereafter, the Medicaid agency adopted the ALJ’s decision, affirming the denial. The agency agreed with the ALJ that “there is nothing in the state or federal law that either excuses [V.S.] from her obligation to obtain documents needed to verify her eligibility or requires [the] BCBSS to obtain documents [instead] . . . .”

V.S. filed an appeal to the Superior Court, Appellate Division. On appeal, V.S. reiterated the arguments she presented to the ALJ and the Medicaid agency, alleging state and federal law require the BCBSS to make an initial effort in obtaining the information it requested from her.

Specifically, V.S. argued that state regulations require agency “caseworkers to assist Medicaid applicants in exploring their eligibility” and “conduct [a] collateral investigation to verify, supplement, or clarify essential information.” V.S. argued the BCBSS failed to contact her financial institution to verify her resources, and therefore erroneously denied her application. In response, the appeals court ruled that V.S. ignored other state regulations which mandate a Medicaid applicant to “assist [the county welfare board] in securing evidence that corroborates his or her statements …” Consequently, the court held that the Medicaid agency “appropriately interpreted that regulation as requiring Medicaid applicants to supplement their applications and verify information county welfare boards find relevant.”

V.S. also argued that, under federal regulations, the Medicaid agency had the “affirmative duty to obtain information regarding her [Medicaid] eligibility, and that the agency breached that duty when it failed to obtain her bank information via an electronic asset verification system (AVS), or by other means.” However, the court found that V.S. inaccurately interpreted the federal regulations as requiring Medicaid to obtain the requisite supplemental information for her. The court held instead that “there is no regulation that requires agencies to obtain information about a Medicaid applicant’s bank records from an electronic service,” and that “there is also no regulation that precludes the [county welfare board] from obtaining such information directly from the Medicaid applicant.”

Accordingly, the court held that V.S.’s arguments lacked merit, and that the Medicaid agency did not act arbitrarily or capriciously in denying her Medicaid application.

The case is attached here – V.S. v. Division of Medical Assistance and Health Services and Bergen County Board of Social Services