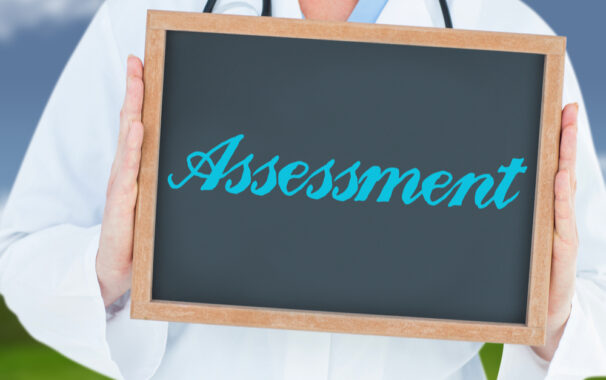 As a result of the reevaluation, the Department of Human Services (DHS), Division of Medical Assistance and Health Services (DMAHS), reduced B.F.’s PCA from 35 to 19 hours per week. B.F. then filed an appeal for a Fair Hearing before an Administrative Law Judge (ALJ), objecting to the reduction in PCA hours. Prior to the hearing, another registered nurse (B.F.’s expert) conducted two independent assessments of B.F., and determined she required 40 hours of PCA services per week, seven days per week.

United’s nurse testified at the Fair Hearing on its behalf. Her assessment was based on the PCA tool, which calculated the supervised time needed for ADLs and IADLs, and her interviews of B.F. and B.F.’s PCA aide. B.F. testified on her own behalf and presented the testimony of her expert. B.F. detailed her physical limitations, confirming that her condition had not improved since she had begun receiving PCA services.

Based on the assessment performed by United’s nurse, the ALJ determined B.F.’s PCA hours were “properly reduced” in accordance with her assistance requirements. But, the ALJ reduced B.F.’s hours to 21 – instead of 19 – pursuant to the testimony of United’s nurse.

B.F. took exception to the ALJ’s recommendation and appealed to the Director of DMAHS, who adopted the ALJ’s initial decision. B.F. then appealed to the Superior Court of New Jersey, Appellate Division, claiming that DMAHS’s decision was arbitrary and capricious.

The appeals court affirmed the Director’s final decision, concluding that DHMAS neither acted arbitrarily nor capriciously in reducing B.F.’s hours:

The record developed before the ALJ amply supported the findings of fact and conclusions of law adopted by the Director in rendering her final decision, reducing B.F.’s PCA hours under the regulations. In particular, the Director conducted an independent review of the record, relying on the testimony and opinions of United’s nurse, which the ALJ found more credible than those of B.F.’s expert. Notably, the ALJ increased B.F.’s hours from United’s determination of nineteen to twenty-one based on the candid testimony of United’s nurse, who adjusted her recommendation pursuant to B.F.’s testimony at the hearing. Also, as the ALJ recognized, unlike B.F.’s expert, United’s nurse utilized the PCA tool, in conjunction with a face-to-face clinical appraisal. We defer to the agency’s superior knowledge and expertise in the field.