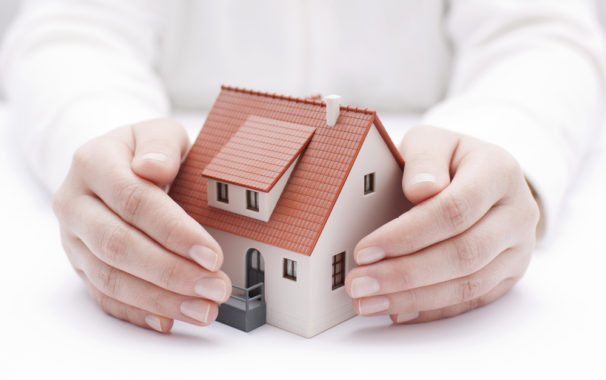 The New Jersey Director of Medicaid approved the transfer of an applicant’s home to a “caregiver child” who worked full-time because the applicant qualified medically for comprehensive home-based services under the Medicaid program. A.H. v. Bergen County Board of Social Services, OAL DKT. NO. HMA 09215-19 (June 26, 2020)

While A.H. was alive and residing in her home, J.H. resided with A.H. and provided her mother with a high level of care for more than two years preceding the transfer of ownership of the house. As a result, a “caregiver child” exemption was requested by J.H., exempting the transfer of the house from a Medicaid “transfer” penalty.

The Medicaid agency determined that J.H. had been working a full-time job and a few hours of a part-time job during the two years prior to A.H.’s admission to the nursing facility. During that period, A.H.’s medical condition was such that A.H. was able to stay home alone or attend a local senior center while J.H. was at work.

Additional information/documentation was forwarded to the Medicaid agency in connection with the request for a “caregiver child” exemption, including documentation regarding A.H.’s treatment by medical providers and various affidavits/certifications.

Ultimately, A.H. was found to be financially and medically eligible for Medicaid as of May 1, 2019. However, a “caregiver child” exemption was denied. As a result, a penalty period of 37 months, 4 days, was applied based upon A.H.’s transfer of her home to J.H. for less than fair market value. The Medicaid agency determined that A.H. would be ineligible for Medicaid benefits from May 1, 2019 through June 4, 2022.

J.H. filed an appeal. At issue in the appeal was J.H.’s assertion that she was entitled to a “caregiver child” exemption, that no penalty period should have been issued, and that A.H. should be eligible for Medicaid benefits from May 1, 2019, when she was financially and medically qualified, until August 26, 2019, when she died.

On appeal, a hearing was held before an administrative law judge (ALJ). In support of her qualification for a “caregiver child” exemption, J.H. submitted affidavits/certifications, testified, and called members of her family to testify as to the care that J.H gave A.H. and as to A.H.’s medical condition in the two years prior to her admission into the long-term-care facility.

No medical caregiver testified at the hearing. However, medical records and certifications were submitted for consideration by the ALJ.

After the hearing, the ALJ affirmed the denial of the “caregiver child” exemption by the Medicaid agency. The ALJ found that J.H., petitioner’s daughter, lived with A.H. from birth, including the two year period prior to her entry to a nursing facility. The ALJ also found that J.H. provided care to A.H. from January 4, 2017, to January 4, 2019, when A.H. entered a nursing facility. However, the ALJ also found that:

[T]he preponderance of the credible evidence presented does not indicate that A.H.’s physical or mental health was such, until January 2019, to require special care for her to remain at home rather than to be in an institution or facility. The preponderance of the credible evidence provided also does not indicate that J.H. provided, during the two years prior to institutionalization, such level of care to A.H. I CONCLUDE that petitioner’s daughter is not eligible for a caregiver exemption.

The petitioner filed exceptions to the ALJ’s decision, and the decision was submitted for final review by the Director of the State Medicaid agency. The Director, first, recognized that the transfer of a Medicaid applicant’s home to a son or daughter who resided in the applicant’s home for a period of at least two years immediately before the date the applicant was institutionalized and who provided care to applicant which permitted the applicant to reside in the home rather than in an institution was an exempt transfer and not subject to Medicaid’s transfer of assets rules. And, second, the Director found that the regulations mandated that

The Director reviewed the type of care provided to A.H. by J.H. The Director found that J.H. assisted her mother with at least three activities of daily living (ADLs), such as bathing, dressing, personal hygiene and toileting. As a result, the Director concluded that, because A.H. would have qualified for comprehensive home-based services under the Medicaid program requirements, the record supported the application for a “caregiver child” exemption. Accordingly, the Director reversed the ALJ’s decision and granted petitioner’s application for a “caregiver child” exemption.

The initial agency decision by the ALJ is attached here –