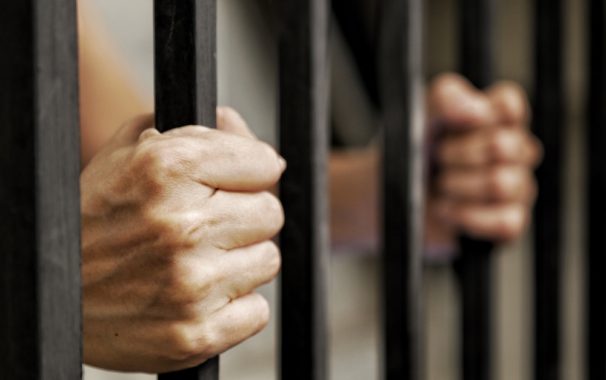 (The following article is reprinted from NJ Advance Media for NJ.com)

A once prominent Ocean County attorney known for his work representing senior citizens was sentenced Friday to 10 years in state prison after he admitted to stealing millions of dollars from his clients, according to New Jersey Attorney General Gurbir Grewal.

Novy, who taught seminars on a specialty known as elder law, and also hosted a bi-monthly radio program called “Inside the Law” focusing on topics of concern to seniors, stole $3 million from at least 24 elderly clients, some of whom had Alzheimer’s disease or dementia, from 2009-2016.

“Novy preyed upon vulnerable seniors who trusted him as their attorney to guard their interests,” Grewal said in a release. “Instead, he callously stole their life savings, betraying their trust and the oath he took to uphold the law. We have secured justice with this lengthy prison sentence and have ensured that his victims will receive restitution from the assets we seized from him during our investigation.”

Novy must pay $4 million in restitution to his victims out of two funds; a $3 million one for client victims, heirs, estates and trusts already identified through the state’s investigation, and a second fund of $1 million to provide restitution, with court approval, for others not previously identified who come forward with proof that they were victims of thefts, the release stated.

He surrendered his license to practice law in the state and must pay $500,000 to the state as an anti-money laundering profiteering penalty, officials said.

The New Jersey Office of Attorney Ethics issued an ethics complaint against Novy in January 2016. He was arrested in October 2016.

Detectives executed a search warrant at his firm, Novy & Associates in Manchester, and seized billing records and other evidence, according to the release. The attorney general’s office obtained court orders freezing over $4 million in assets held by Novy and his firm.

Grewal said the investigation showed Novy stole funds from elderly and deceased clients who did not have a close relative to their estate or were not able to challenge his actions.

He used the funds – which he gained control of through wills, powers of attorney and trust documents signed by his clients – to pay personal and business expenses, according to the news release.

Grewal said Novy directed insurance companies to cash out annuity and life insurance policies and send the proceeds directly to him. When relatives or trustees challenged the withdrawal of the funds, Novy claimed they were “administrative errors” and repaid the funds, it was stated in the release.

Victims of Novy who could prove damages were asked to email Deputy Attorney General Kara R. Webster in the State Office of Victim Witness Advocacy at WebsterK@njdcj.org, or call 609-376-2444.

(The following article is reprinted from the New Jersey Law Journal)

A New Jersey lawyer has been sentenced to 10 years in prison for fleecing millions of dollars from his elderly clients.

The sentence, issued Oct. 26, conforms to a plea agreement between Novy and the state Attorney General’s Office, according to a release.

“Novy preyed upon vulnerable seniors who trusted him as their attorney to guard their interests. Instead, he callously stole their life savings, betraying their trust and the oath he took to uphold the law,” said Attorney General Gurbir Grewal in a statement

The deal also requires Novy to surrender his New Jersey law license and pay a $500,000 penalty.

Novy was the subject of a 10-count indictment charging him with misapplication of entrusted property, and multiple counts of theft and money laundering. Novy’s victims typically did not have close relatives to monitor their interests, and, in some cases, the clients suffered from dementia, prosecutors said, charging that he used the stolen funds for his own benefit, paying personal and business expenses. He was accused of taking control through wills, powers of attorney, and trust documents, making himself the sole financial decision-maker for the clients.

As an elder law practitioner, Novy previously hosted a bimonthly radio program, “Inside the Law,” on WOBM in Lakewood, which focused on topics of concern to senior citizens.

According to the Attorney General’s Office, he was arrested on Oct. 18, 2016, after law enforcement executed a search warrant at his office, and charges were then referred to the grand jury.

The indictment alleged that from 2009 through 2016, Novy stole approximately $1.9 million from six elderly clients, in amounts ranging from about $45,000 to nearly $740,000. The indictment alleged that Novy stole money in varying ways: transferring funds from his clients’ personal bank accounts or liquidated personal assets into his own bank account; transferring funds from personal accounts or liquidated assets into Interest on Lawyer Trust Account (IOLTA) sub-accounts he controlled when those funds should have instead been placed in independent, managed trust funds selected by the clients; and transferring money from personal and trust accounts to firm business accounts.

(The following article is reprinted from the October 26, 2018 Edition of the Asbury Park Press)

‘It was nothing other than greed’: Judge, on theft of millions from elderly

TOMS RIVER – Before sentencing a prominent attorney to 10 years in prison for stealing millions of dollars from elderly clients, a judge said he hoped to find a reason for the thefts, such as an addiction to alcohol, drugs or gambling.

But, Superior Court Judge Michael Collins said he found no evidence that elder law attorney Robert Novy had any such addictions.Then, he said, the reason for the thefts occurred to him.

“It was nothing other than greed,” Collins said Friday before he imposed the prison term on Novy, 67, of Brick, who had been the host of a local radio show on elder law for more than 20 years.

“I think the defendant’s conduct was heinous and that he preyed upon the elderly, the weak and infirm,” Collins said.

Collins ordered that Novy serve at least 3⅓ years in prison before he can be considered for release on parole. Novy  already has paid $4 million into funds for restitution to the victims or their heirs, as well as a $500,000 fine.

Novy , whose law firm was located in Manchester, pleaded guilty July 27 to money laundering. He admitted that he stole millions of dollars from his clients and funneled it to his accounts.

The state Attorney General’s Office said in a news release that their investigation — undertaken as a result of a referral from Ocean County Surrogate Jeffrey W. Moran — revealed Novy stole more than $3 million from at least two dozen victims, some of them suffering from dementia.

“It could have been occurring for a longer period of time,” Conlon said. “Records only go back so far.”

A few dozen people sat in the courtroom, wearing yellow carnations pinned to their attire, to represent the victims.

Siobhan Hutchinson, whose deceased aunt and uncle were victimized by Novy, said the victims themselves couldn’t be in court.

“The victims are dead or incapable of coming here,” Hutchinson said outside the courtroom.

Inside the courtroom, Hutchinson told the judge how Novy kept her away from her ailing aunt, and left her in the dark about her uncle’s death. When her aunt’s cousin in Greece called Novy’s office to inquire about her whereabouts, “the phone was slammed down,” Hutchinson said.

Hutchinson told the judge she tried to appeal to Novy’s greed, saying she would let him have anything that she would be entitled to in her aunt’s will if he would allow her to see her aunt, but he refused. When she tried to visit her aunt, members of Novy’s staff threatened to call police on her, she said.

Novy said he did not prevent family members from seeing his clients, but if his clients didn’t want to see their family, “I had to accede and abide by those wishes.”

The state’s investigation revealed that Novy stole funds from elderly and deceased clients who often did not have a close relative to claim their estate or challenge his actions. He gained control through wills, powers of attorney and trust documents, making himself the sole financial decision-maker for the clients, authorities said.

But Charles, Bowman, a financial planner who spoke on Novy’s behalf, said he served for 10 years on the New Jersey Bar Association’s fee arbitration committee, and Novy’s name never came up at the committee.

“I have known him to be nothing more than ethical,” said Bowman, who added he has known Novy for 20 years.

Krovatin said Novy has lost his law practice, the building that housed it and his livelihood, having surrendered his license to practice law.

“Most important to him is that he has lost his good name and standing in the community,” Krovatin said. “At 67 years of age, he sits here today in poor health. He will be spending three years of his golden years in state prison.”

Novy told the judge he stood before the court “broken, disgraced.”

“I sincerely apologize to my profession by violating that public trust that was given to me when I was admitted to the practice of law,” Novy said.

He said he never intended to harm anyone, and that all of his clients had signed retainer agreements stating his hourly rates.

“The fact is that no one died as a result of Bob Novy’s criminal conduct in this case,” Krovatin said. “He routinely improved the living conditions of his clients.”

Gallagher said that while Novy’s crimes didn’t involve violence, “they were done with guile, savvy and professional knowledge.”

The restitution Novy has paid has been placed into two funds: $3 million for known victims and another $1 million for victims who have yet to come forward.

People, relatives, heirs, estates or trusts who believe they are victims of Novy and can offer proof of damages should write to Deputy Attorney General Kara R. Webster in the State Office of Victim Witness Advocacy at WebsterK@njdcj.org or call 609-376-2444.