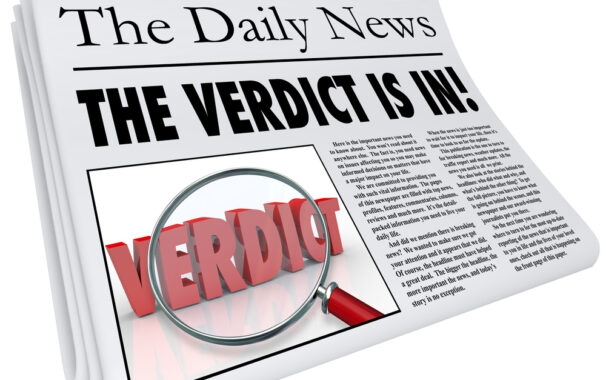 A U.S. district court dismissed fraud claims based on the unauthorized practice of law against a New Jersey company that provided assistance to Medicaid applicants, ruling that the estate of a nursing home resident did not provide evidence that the company misled the estate about performing legal work for it. The Estate of Cotton v. Senior Planning Services, LLC  (U.S. Dist. Ct., D. N.J., No. 19-8921 (FLW), Nov. 30, 2020).

Lester Cotton was admitted to Cinnaminson Center, a nursing home in Cinnaminson, New Jersey. When it became apparent that Mr. Cotton would need long term care, the facility referred Mr. Cotton’s daughter, Jennifer Cotton, who was appointed as his power of attorney, to Senior Planning Services, LLC.  Senior Planning Services (SPS) is a New Jersey company that provides assistance to applicants for Medicaid benefits. In exchange for a fee, SPS agrees to handle the Medicaid application process for clients, including completing the application and representing clients at the Medicaid office.

Under New Jersey law, non-attorney advisors like SPS cannot provide legal advice on strategies to become eligible for Medicaid benefits, including providing advice on spending down resources. As a result, SPS contracted with a law firm to provide legal advice concerning spend-down strategies for Medicaid eligibility. SPS charged Ms. Cotton $6,500 and provided her with a “spend-down analysis,” but then requested an additional $6,500 to develop a long-term care strategy. After receiving the “spend-down analysis,” Ms. Cotton ended her relationship with SPS and demanded a refund.

Soon thereafter, Mr. Cotton passed away. Ms. Cotton, as Executor of his Estate, filed a lawsuit on the Estate’s behalf against SPS and the law firm who prepared the “spend-down analysis” for Medicaid eligibility. The Estate alleged that SPS violated the New Jersey Consumer Fraud Act (NJCFA) and breached its fiduciary duty. The Wojnas family, who hired SPS to help attain Medicaid eligibility in Connecticut, later joined the lawsuit. After the Wojnas family joined the lawsuit, plaintiffs filed an amended complaint reasserting the above mentioned claims against SPS, and also asserted that both SPS and the law firm were unjustly enriched, breached the implied covenant of good faith and fair dealing, and committed fraud by deceptively claiming they were authorized to provide legal advice, claiming they were representing the consumer’s best interest when they were actually representing the long-term care facility, and concealing and omitting information about their conflict of interest with long-term care facilities.

Subsequently, defendants filed motions to dismiss all of plaintiffs’ claims.  The United States District Court, for the District of New Jersey, granted the defendants’ motion to dismiss in part, and denied it in part. As to plaintiffs’ NJCFA claim, the court dismissed that claim without prejudice. The court held that the estate did not present evidence that SPS violated the NJCFA. According to the court, there was no evidence that SPS promised it would perform legal work on behalf of the estate and without “specific factual allegations demonstrating that SPS did, in fact, perform actions which could be construed as legal work, the Court cannot find that [the estate has] adequately alleged an unlawful practice sufficient to support their NJCFA claim.” The court granted the estate leave to file an amended complaint. If plaintiffs file an amended complaint, the court gave defendants the right to file renewed motions to dismiss those claims.

As to plaintiffs’ fiduciary duty claim, the court held that plaintiffs must allege facts demonstrating that their relationship with SPS was akin to a “traditional fiduciary relationship []…between trustee and beneficiary, guardian and ward, agent and principal, attorney and client, corporate director and shareholder, and the members of a partnership.” Since that was not done, the court dismissed that claim without merit.

The court also dismissed the other claims asserted by plaintiffs without prejudice. For example, the court dismissed the claims based upon the implied covenant of good faith and fair dealing, holding that “plaintiffs cannot utilize the implied covenant of faith and fair dealing to supplement the [retainer agreement] with additional terms which contradict the parties’ clearly laid out contractual expectations.”