Medicaid Has No Duty To Help Applicants Procure Bank Statements 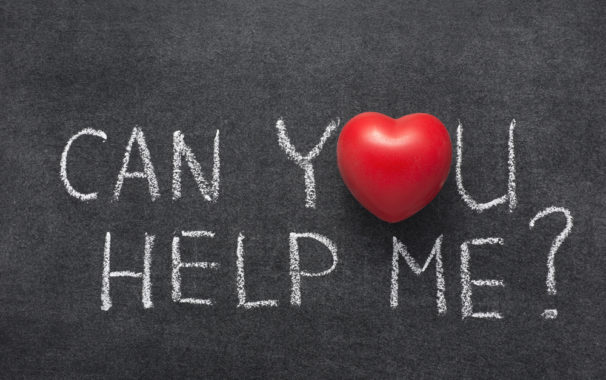 On February 1, 2016, a Medicaid application was filed on behalf of W.S. by Hammonton Center for Rehabilitation and Healthcare as his authorized representative. On June 21, 2016, the application was denied for failure to provide information necessary to make an eligibility determination. The information outstanding consisted of bank statements from an ING Direct account.

In April 2016, W.S.’s attorney had informed the Medicaid caseworker that the requested documents had not been obtained, apparently despite the attorney’s efforts. The caseworker suggested that the attorney try searching for those records using W.S.’s wife’s account number. On June 2, 2016, the caseworker advised that the application would be denied on June 20, 2016 if the statements had not been provided by that date. On June 20, the attorney requested an extension because those records had still not been obtained. The caseworker refused the request for an extension, and the Medicaid application was denied on June 21, 2016.

W.S. filed a fair hearing request, and the administrative law judge reversed Medicaid’s denial. However, the Director of the DMAHS reversed the ALJ’s decision and upheld the Medicaid denial. On appeal to the Superior Court, Appellate Division, W.S. argued that the caseworker should have allowed additional time for W.S. to obtain the information, and should have provided assistance to W.S. in obtaining the statements. The Appellate Division disagreed and affirmed the final agency decision denying Medicaid to W.S.

The Appellate Division noted that Medicaid has an obligation to address Medicaid applications in a timely manner. According to New Jersey regulations, Medicaid is responsible for assisting an applicant in “exploring their eligibility for assistance” and making known “the appropriate resources and services both within the agency and the community and, if necessary, assist in their use.” However, it is the applicant’s responsibility to “complete, with assistance from [Medicaid] if needed, any forms required by [Medicaid] as a part of the application process” and to “assist [Medicaid] in securing evidence….” Those regulations further provide that Medicaid “shall verify the equity value of resources… [and] verify the applicant’s resource statements through one or more third parties,” with the applicant’s cooperation.

Although the Medicaid caseworker did not attempt to procure the missing statements, the Appellate Division concluded that the foregoing regulations do not place the burden on Medicaid to do so. According to the appellate court, those regulations require “only that if an applicant’s identification of resources is incomplete, [Medicaid] must verify the resource statements through a third party.” It concluded that, despite Medicaid’s duty to assist in an application, “the regulations did not create an affirmative duty upon [Medicaid] to procure all documents necessary to complete the application, especially when W.S. had a representative.”

The appellate court found that the denial of eligibility was not arbitrary, capricious or unreasonable because Medicaid applications must be processed promptly, and because “Medicaid is intended to be a resource of last resort, reserved for those who have a proven financial or medical need for assistance.”

A copy of the case is attached here – W.S. v. Division of Medical Assistance and Health Services

The application was filed by the nursing home and there was some unexplained or failure to get financial records, which eventually led to a denial after several extensions of time. The decision does not say WHY the nursing home hadn’t produced the records.

The App Div explicitly holds that 10:71-4.1(d)(3) does not place a burden on the CBOSS to acquire the required documents; and holds that there is no “affirmative duty” on the agency  to procure the documents needed for an application “especially when the [applicant] has a representative.” The court also holds that the rules only require the CBOSS  to “verify the resource statements through a third party” “if an applicant’s identification of resources is incomplete.”

The App Div talks about  NJAC 10:71-1.6(a)(2) which gives the CWA the responsibility to determine eligibility by using secondary sources when necessary with consent of the applicant, and 10:71-4.1(d)(3) which says the CWA shall verify the equity value of resources if there’s reason to believe the resource info is incomplete, and N.J.A.C. 10:71-2.10 which authorizes CWA to do a collateral investigation to verify the information on the application.

Seems like a logical leap into a loophole. The moral appears to be — if an applicant can’t get the verifications, they may have to get a court order, because the agency has no obligation to help them get past whatever barriers they are encountering.