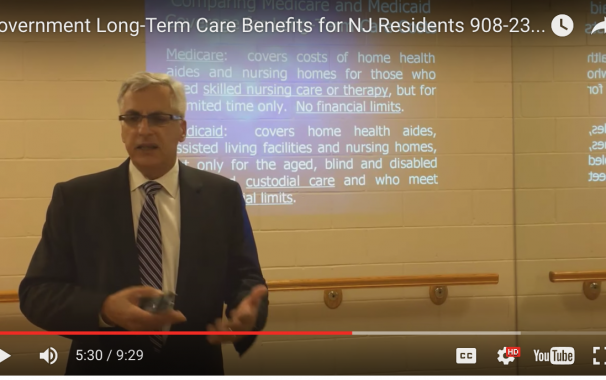 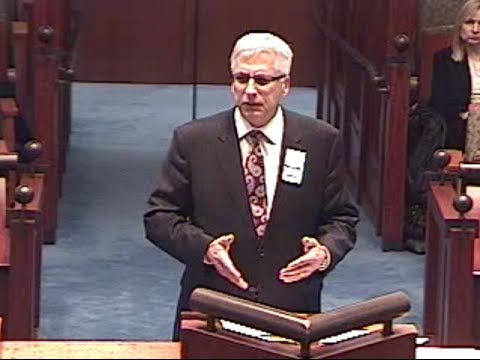 New Jersey’s Appellate Court ruled that, under the appropriate circumstances, it is equitable to require a disabled 89 year old veteran to receive end-of-life care in a VA facility against his wishes rather than at home in order to use his limited income to continue paying alimony to his ex-wives. .Rizzolo v. Rizzolo, 2015 NJ Super.. read more →

On January 23, 2015, the Department of Veterans Affairs (VA) issued proposed regulations related to the administration of its needs-based pension program. The proposed new rules impose many new detrimental restrictions on wartime Veterans and their families. The proposed new rules include the following changes:    VA Proposal: A three-year look-back on gifts and other transfers.. read more →

On January 23, 2015, the Department of Veterans Affairs (VA) published proposed regulations in the Federal Register which, if adopted, would amend its rules governing entitlement to VA pension benefits. The VA says the intention of the proposed changes is “to maintain the integrity of VA’s needs-based benefit programs, and to clarify and address issues.. read more →

Historically, the Department of Veterans Affairs (VA) does not release the new pension rates until January or February of the following year. Thus, the new pension rates for 2015 have not been released officially yet. However, aged and disabled veterans who receive VA pension benefits will receive a marginal increase in their benefit checks in the.. read more →

On December 12, 2014, Congress passed the National Defense Authorization Act of 2015 (NDAA). Among other provisions in the NDAA, Section 624 protects the disabled children of military families by allowing their parents’ survivor benefits to go into a special needs trust. This new law permits a disabled child to benefit from a parent’s military.. read more →

VA BULLETIN:  Net Worth No Longer a Factor in Determining Eligibility for Health Care Benefits

The following notice appeared in the November 15, 2014 RAO Bulletin: To align VA’s healthcare program with the financial assessment requirements for other federal healthcare programs, the VA has approved a process change to cease collection of veterans’ net worth information for purposes of means testing for health benefits. Effective Jan. 1, 2015, VA will.. read more →

Effective on July 7, 2014, the Department of Veterans Affairs (VA) is changing its monetary burial benefits regulations to simplify the program and pay eligible survivors quicker and more efficiently. Under the current regulations, VA pays for burial and funeral expenses on a reimbursement basis, which requires survivors to submit receipts before receiving any payments… read more →

Hon. Robert B. Kugler, United States District Judge for the District of New Jersey, reversed a denial of an application for Medicaid benefits by ruling that a pension benefit from the Department of Veterans Affairs (“DVA”) may not be counted as income for the purposes of any Medicaid program to the extent that the DVA.. read more →

Although the petitioner in this case, A.G., succeeded in obtaining Medicaid benefits after filing a complaint in federal court (which I’ve blogged about in the past here, here and here), the State of New Jersey recently denied benefits back to the date of the original application after an administrative appeal was filed in the state.. read more →

Typically, field examiners from the Department of Veterans Affairs (VA) conduct periodic investigations of fiduciaries who handle the monthly compensation or pension payments made by the VA to veterans and their dependents to insure the appropriate use of funds. Fiduciaries as well as the claimants themselves are often unnecessarily concerned about these investigations. Although it.. read more →

Frequently Asked Questions and Answers About Veterans Pension Who Can Help Me Fill Out the Forms? Any non-accredited individual may assist with completing the forms; however, this individual is allowed to assist ONLY one person. A VA accredited organization, such as your local State Veterans Office, VFW, or American Legion, etc. may help you, as.. read more →

When a veteran, or his/her survivor, has been awarded benefits from the Department of Veterans Affairs (VA) but is unable to manage his/her VA funds as a result of injury, disease, advanced age, or being under age 18, the VA appoints a fiduciary. The purpose of the VA’s fiduciary program is to ensure VA benefit.. read more →

I. The Facts. Plaintiff, Alma Galletta, who suffers from a variety of medical impairments, is the surviving spouse of a World War II veteran. Over two years ago, plaintiff began receiving pension benefits from the Department of Veterans Affairs (VA). VA pension benefits are payable to a surviving spouse based on the veteran’s non-service-connected death. .. read more →

General Qualifications for Non-Service Connected Pension Plus Aid and Attendance Supplement Veterans, Widowed Spouses, and Dependent or Disabled Children May be Claimants. The eligibility requirements follow: Veterans Must Typically Have Served At Least 90 Days of Active Duty Service, 1 Day of Which Had to Have Been Served During A Period of Wartime (Those Who.. read more →

Is Family Maintenance Considered By The VA In Determining The Amount Of Pension Benefit Payable?

It iis quite common for family members or others to provide monetary support to a loved one in financial need who has applied for or is receiving pension benefits with either Housebound or Aid & Attendance supplement from the Department of Veterans Affairs (VA). This contribution of money by family members is called “family maintenance.”.. read more →